Middle Managers in a Web 2.0 World 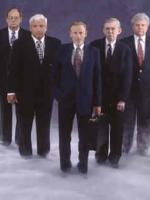 Wednesday, March 31, 2010
John Kamensky
Eliminating middle managers was the vogue in 1990s-style reforms. Flatten the organization! After all, it was the middle managers who “sucked the life out of an organization” by filtering information, gatekeeping decisions, and smothering innovation. Bu

But today, we’re beginning to hear praise for middle managers as being the connecting glue and the nodes of cross-organizational networks.

The role of middle managers seems to be regaining respect in both the private and public sectors. Much of this shift is a result of how the nature of work has changed in the past 10-15 years as a result of the expanding use of technology, especially the internet.

But all middle managers do not benefit equally. In an interview with McKinsey Quarterly, MIT’s Andrew McAfee says Web 2.0 is changing the way we work and that:

If you’re someone who sees your job as managing people and fundamentally getting the human elements right that will lead your part of the organization to succeed, these technologies are not at all harmful to you. One of the things that we’ve learned is that there’s no technology—even these great new social technologies—that’s a substitute for face time, a substitute for understanding the human situation in your organization and trying to mold that situation to the best advantage. So if you’re fundamentally a human-centric manager, these tools are not going to put you out of a job, are not going to reduce your influence at all.

If you have another view of yourself, which is that you’re someone who’s responsible for output, you’re someone who’s responsible for making good things happen in your team, then these tools should be your best friend. Because all the evidence we have suggests that Enterprise 2.0 helps you turn out more and better products and actually is not a vehicle for time wasting or for chipping away at what you’re supposed to be doing throughout the day.

Middle Managers Must Become Motivators. But the changing role of middle managers isn’t driven only by technology. The recent disruption in most companies as a result of the recession has resulted in middle managers being seen by front line employees as the “glue” holding their organizations together. As CEO’s focus on their organization’s survival, Business Week columnist Matthew Boyle says “middle managers must lead.” This new responsibility for motivating employees, he says “. . . falls upon middle managers, whose words and behaviors, studies show, have the most impact on employee engagement (or disengagement.) “Creating a resilient workplace that can deal with trauma and come out engaged on the other end is not a senior executive's role,’ says Tom Davenport, a principal at Towers Perrin. ‘It's a line manager's job.’"

A colleague of Boyle’s at Business Week, David Gebler, elaborates: “As Boyle rightfully notes, middle managers are the key to maintaining an engaged workforce. They set the tone in their workgroups and serve as the bridge between strategy and performance. But as a group, middle managers are typically the most frustrated group of employees in any company. In conducting values assessments for more than 100,000 employees and managers, I've repeatedly heard from middle managers who feel squeezed and underappreciated for the difficult tasks they are expected to perform.”

However, Gebler notes: “The fastest way to motivate employees and managers is to engage them. When employees and managers feel that they are appreciated and can air their concerns candidly—and without fear—their motivation is always higher. . . . .When senior leadership acknowledges that their managers may have the best view of how to handle their specific domain, those managers can emerge as the key to maintaining workforce morale in tough times.”

Middle Managers Are the Linking Nodes in Networks. It is the middle managers who have the informal social networks within their organizations and across professional networks across government and among stakeholders. This is now recognized as their “new role” even though this was an unwritten element of their jobs in the past. They provide the informal “bridging ties” among social networks. They know “how to get things done” even though the formal rules seem to be unfathomable.

This isn’t a new insight. Noted organizational guru Noel Tichy wrote about it in 1979 in a seminal article about the analysis of social networks within large organizations.

The evolution of Intellipedia in the Intelligence Community is a good example of how middle managers and senior analysts became the links between different parts of the 16-agency community. There, it was the senior middle managers who provided the insights needed to make the wiki-based information sharing framework work. They knew the information and once a framework was in place, they were the ones who helped make it “real” by sharing their "latent" institutional knowledge , so it would not be lost, prior to retirement.

Public Sector Middle Managers: Mentors and Teachers. But what about middle managers in the public sector, especially as many are reaching retirement age? Harvard’s Steve Kelman notes in his blog that the quality of first-line supervision in industry is seen as better in industry than in government. However, researchers found the quality of a team’s work “was dramatically higher for teams that gave high ratings to their first-line supervisors than for ones that gave the supervisors low ratings. The researchers also found that the best predictors of a high rating of one’s first-line supervisor were the employee’s views of the supervisor’s mentoring and teaching skills.”

He continues, noting: “Following the same line of thinking, the Merit Systems Protection Board argues that as the workforce becomes increasingly knowledge-based, supervisors need to move away from the traditional skills of dividing up assignments or proofreading written work. To quote the report, we need supervisors ‘who can instill pride in work by emphasizing the importance of assigned projects and showing how the work is important and relates to organizational goals’ and by creating opportunities for ‘employees to be innovative and demonstrate creativity.’ That differs from the traditional job description for supervisors.”

Kelman offers that the Obama administration “should be looking for ways to directly engage first-line supervisors in that effort. A good first step would be creating a governmentwide forum with supervisor reps from each agency to give the issue visibility and generate ideas for achieving those goals.

This seems to be the case in the Canadian government, as well. A recent report on “Innovation, Risk, and Control” by the independent CCAF audit and finance council notes: “Organizations should look for ways to empower middle managers. When executives encourage middle managers and line staff – the culture bearers in most ministries – they dispel the unhelpful idea that innovation can only come from headquarters. And when middle managers believe that innovation is everyone’s business (and trust that honest mistakes will be tolerated) the opportunities to better serve citizens are multiplied.”

So, am I right to think the role of middle managers has evolved since the 1990s, or am I just disconnected from reality?