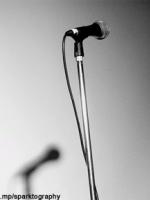 Thursday, September 2, 2010
Gadi Ben-Yehuda
For Gov 2.0 to work, Government is only half the equation. Citizens are the other half. Here's how they can get involved.

Since then, parallel ports have gone the way of Google Wave (I know, another Wave reference - I'm pretty disappointed) and Government 2.0 has been shortened to Gov 2.0 and acquired an entire ecosystem of practitioners. consultants, and advocates, as well as a track record that can be studied and projects that are being emulated across cities, counties, states, and even countries.

I have written at some length on many aspects of Gov 2.0, as have many of my peers.  But in more conversations, and spurred by Clay Shirky's Cognitive Surplus, our attention is turning to the other side of the equation: Citizen 2.0.  Without Citizen 2.0, Gov 2.0 is a room full of people sitting in front of an empty microphone.

Governments' adoption of digital tools was spurred by two  powerful motivators.  The first is financial: governments save money by shifting certain government functions back to citizens: tasks such as information retrieval and delivery; service request submission and processing; and even evaluation and maintenance of public spaces (enabled by applications like See Click Fix).  The second motivation is legitimacy.  When governments are more transparent, collaborative, and participatory, they are seen as more truly representative.

But why should citizens want to become more engaged in their government?  And what are the steps that lead from disengagement to immersion in Gov 2.0?  Many advocates of Gov 2.0 take for granted that people have the motivation to be involved and need only the means.

For the past few years, people at all levels of government--city, county, state, and federal--have been deploying the means.  The private sector has given us innumerable offerings as well, and more are coming online all the time.  Arguably, governments are getting better at deploying meaningful Gov 2.0 applications and services.  But what are the steps that citizens are taking to meet their Gov 2.0 responsibilities?

Perhaps the best way to answer that question is using the framework of a ladder of involvement.  Here are the four stages of Citizen 2.0:

In future posts, I'll detail each stage, and offer suggestions on how people can move from one stage to the next and how governments can help them.