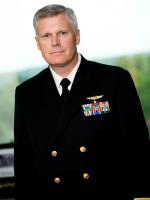 Though formally established in 1961, the U.S. Defense Logistics Agency (DLA) can trace its roots to World War II. Since its inception, DLA has played a significant, and ever increasing, role in support of U.S. defense operations around the world—meeting the needs of the warfighter. “It was formed,” explains Vice Admiral Alan Thompson, director, DLA, “to consolidate similar logistics functions from each of the military services—Army, Navy, Air Force, and Marine Corps—into a single Department of Defense logistics provider.” As this single logistics provider, DLA has sought to supply the warfighter faster and more efficiently, filled with nearly every consumable used by U.S. military forces around the globe. “We provide a wide array of support,” describes Thompson, “1,600 weapon systems, 84 percent of the spare parts that support U.S. armed forces, including nearly 100 percent of support for fuel, food, other energy, medical supplies, uniforms, construction equipment, and a wide variety of different commodities.” In addition, DLA also manages the reutilization and disposal of surplus military assets. It offers supply chain services that encompass storage and distribution, as well as humanitarian support at home or abroad.

Vice Admiral Thompson leads a global enterprise with operations in 48 states and 28 countries, and Fiscal Year 2009 sales/service of close to $38 billion, which would place it in the top 65 on the Fortune 500 list of companies. He doesit with a total staff of 25,000 working very closely with the U.S. Transportation Command. “There is almost nowhere,”underscores Thompson, “that you will find a military operation or installation where there’s not a DLA presence.…We process over 100,000 orders from military customers daily, award over 8,000 contracts daily in response to these orders, and provide nearly 5 million individual items to armed services in support of operations.” As a result of the Base Realignment and Closure Commission recommendations of 2005, DLA has moved beyond being a wholesale provider of material to being an end-to-end supply chain manager—managing eight different supply chains. “This allows us to be much more effective,” according to Thompson, “because we are now directly connected to the customer that’s consuming these products. We have much better business intelligence on what’s going on. We can then take that back through the supply chain and acquire the needed material in a timelier manner—ultimately producing a far more efficient logistics support capability than we have had in the past.”

As its footprint continues to expand and demands on its services increase, DLA has been seeking to transform how it operates. Vice Admiral Thompson identifies key priority areas that frame his strategic direction: warfighter support, stewardship excellence, and workforce development. “The whole reason DLA exists is to support our nation’s warfighters—that is job one. We are very involved in the support to ‘plus-up’ the forces and increased operations in Afghanistan, as well as the responsible withdrawal of forces from Iraq. This drives a great deal of activity for DLA. Over the last several months, we have worked to build the supporting base structure in Afghanistan for the increased forces,” describes Thompson. DLA continues to plan for and execute its support for expanded operations in Afghanistan, including finding alternate supply routes and sources, while also working to reposition assets and forces in Iraq. “Over the last six months,” explains Thompson, “we’ve been working with the U.S. Transportation Command to open what we call the Northern Distribution Network, which is a rail network across the Central Asian states that enters Afghanistan from the north. Currently, about several thousand shipments have occurred, and over 80 percent of the material that has been shipped through the Northern Distribution Network is DLA material. This gives us a needed additional source of capacity for shipments into Afghanistan, and also provides alternatives if there’s disruption on the ground routes through Pakistan.”

The second priority area for Vice Admiral Thompson involves enhancing the DLA’s stewardship of resources. “We believe that the American taxpayer shouldn’t pay a penny more for the logistical support of the armed forces than is absolutely needed,” declares Thompson. Therefore, the DLA has undertaken a number of initiatives, such as reviewing and prioritizing its largest projects as well as identifying prudent cost reductions, to more effectively manage the cost of material and services it provides. “We are very focused on providing all that’s needed to support the warfighter in the field,” assures Thompson, “but we also believe it is essential to provide [that support] in the most efficient way we possibly can.”

The DLA’s workforce is also vital to its overall success. “DLA has a strong history of valuing its people,” says Thompson. He admits that the DLA of tomorrow will require slightly different skills and educational backgrounds. His strategic direction ensures that DLA will continue to deliver on its current commitments, remain agile, and further evolve to meet its ever-expanding mission. “We will continue to build on our history of excellence,” Thompson emphasizes. “The overall level of support that’s being provided by DLA is at a historic high. I expect to see that continue to [increase] even more. I think the integration with each of the military services is going to be even greater.”

Listen to: The Business of Government Hour Interview with VADM Thompson