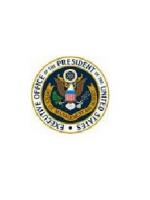 Tuesday, June 29, 2010
OMB released new guidance to shift agencies from focusing on planning and reporting their performance to using their performance information to make decisions. It significantly changes how agencies prepare their GPRA-required plans and reports.
“OMB to transform performance reviews,” reports Federal News Radio writer Meg Beasley. She writes that: “OMB will work with the Performance Improvement Council (PIC) to shift from a performance assessment approach that focuses on simply gathering information to an approach that focuses on using that information to improve agency functioning.”
According to the memo from OMB: “"Agencies should consider this year a transition year during which OMB and the PIC will move to a more dynamic performance planning, management, improvement, and reporting framework that is useful, streamlined, and coherent"
And what does this transition mean? According to the memo, the key objectives for this year are to:
This last point will certainly change planning and reporting activities in most agencies in three areas:
Agency Strategic Plans. Agencies are expected to revise their existing strategic plans to reflect their priority goals, before their FY 2012 budget requests are sent to OMB in early September. In addition, agency strategic plans “should be used to align resources and guide decision-making to accomplish priorities and improve outcomes.” It’s not clear how many agencies will have to submit revised strategic plans.
Annual Performance Plans. The OMB memo declares “OMB’s review of each agency’s FY 2012 budget submission will begin by examining how the budget request will advance the goals in the agency’s strategic and annual plans. . . “ (what a novel idea!) And “The annual performance plan should be specific in describing the strategies the agency will follow” to meet its goals and targets. The addition of describing strategies should make these plans far more interesting reading!
Annual Performance Reports. The FY 2010 performance reports “. . . should make clear the link between agency outputs targets . . . and longer-term outcome goals. Agencies can combine their annual performance report with their annual performance plan/budget to make it easier to see future plans in the context of previous experience.” AND, “Agencies can opt to deliver only an on-line version of their report. . . “ as long as key stakeholders do not want a printed version. This guidance goes beyond the more tentative steps envisioned in the pilot project to improve performance reporting.
And finally, “OMB is currently working with agencies to show progress on their near-term Priority Goals to the public via a single Federal performance website. After progress is made reporting on Priority Goals, OMB will work with the PIC to expand the site to include GPRA performance information from all agencies. In the future, all agencies, including those that do not have Priority Goals listed in the President’s FY 2011 budget, will be expected to report via this site.”
These steps will change processes followed in many agencies. Agency performance improvement officers will be heavily involved in re-thinking how their agencies plan, budget, and report on their progress. The emphasis seems to be to tie performance more closely to resources and decision-making, and place a greater reliance on continuous, rather than annual, performance reporting.  These elements are all reflected in legislation adopted earlier this month by the House of Representatives.
The potential caution from organizations like the Association of Government Accountants or the Mercatus Center might be that by making published annual reports optional, will agencies be less transparent in reporting on their performance?