Leadership: It's Both Lonely and a Team Sport 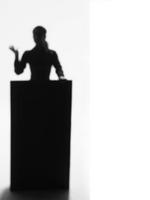 Monday, March 18, 2013
John Kamensky
Ask any senior leader and he or she will tell you that leadership is both a lonely game and a team sport.

Leading Can Be Lonely.  Senior leaders can feel lonely when they have significant responsibilities and oftentimes little authority or control over a situation, and they have no one they can turn to.  I’ve seen several approaches to addressing this.

In the 1990s, the Reinventing Government team quietly hosted a neutral forum for interested agency leaders to get together with their peers to talk about common leadership issues. These forums usually were organized around agencies with similar challenges, but not necessarily similar policy issues.  These meetings, of about a dozen agency heads, would talk about issues such as working with unions, managing relationships with the White House or their inspectors general, etc.  The discussions weren’t around policy or politics, but leadership challenges when working in the public sector.  These forums were especially helpful for agency heads who had only previously worked in the private sector.

Another approach, advocated by Colin Powell when he was chairman of the Joint Chiefs of Staff, was to create a small informal team of advisors, each with different perspectives.  This small team would be comprised of:

These were not fixed roles, but were generally useful guides for this small team, which oftentimes were not on the organization chart and the individuals had “real” roles elsewhere.

Leading Is a Team Sport.  Increasingly, the role of senior leaders is to serve in a shared leadership role, since oftentimes he or she may not have authority to direct staff from other agencies, command resources, or even have the legal authority to act.

A recent IBM Center report by Dr. Jane Fountain is a guide to leading cross-agency collaborative initiatives.  It says that there are two key components: collaborative leadership skills and organizational processes and structures.

With respect to collaborative leadership skills, she says that effective leaders act as brokers of network activities and she notes:

And with respect to organizational process and structures, Dr. Fountain focuses on the role of effective teams, noting:  “Over hundreds of studies, five conditions hold for effective team performance that demonstrates that a group is really a team:

Other Blog Posts in This Series: