Leadership in a Changing World 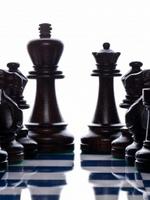 Tuesday, February 26, 2013
John Kamensky
Last week I was invited to speak to an audience of Canadian government executives about leading in a world of change. I’ve spoken a lot about performance and collaboration in past years, but never about leadership.

So this was an opportunity for me to reflect on my experiences and observations over my career.

Leadership can be a difficult topic about which to convey anything meaningful.  There is so much written about the topic and it either feels like conceptual theory or platitudes, or you wind up narrating personal war stories.  I’m no Tom Fox, who writes thoughtfully about this topic weekly for the Washington Post!

Leaders I Have Admired.  Over the years I have had lots of opportunity to meet, work for, or observe leaders that I admired:

Observing Leaders from the IBM Center.  With more than a decade at the IBM Center, I’ve has a perch to see public sector leadership in action via our weekly radio interviews of senior government leaders, as well as via reports by leading academics on different kinds of organizational leaders – Defense secretary Robert Gates, NASA Administrators Dan Goldin, Sean O’Keefe, and Michael Griffin, and CDC’s AIDS pioneer Helene Gayle   – each of whom faced challenges that demanded them to be transformational leaders.

The IBM Center has also prepared dozens of reports on trends in public management challenges, and how leaders are responding to them successfully. For example, it has described how leaders grow to respond to changing environments – whether driven by policy, technology, demographics, or how work gets done.   It has also examined how leaders use different strategies -- such as collaborative networks, performance, analytics, and social media – to transform and lead their agencies.

My Three Key Elements of Leadership. In distilling the IBM Center’s work and my personal observations about leadership, I focused my insights around three key elements:

The Shift from Manager to Leader.  will address each in turn in future blog posts, but first, it is important to make the distinction between “leadership” and “management.”  These distinctions have been described by the well-known business writer, Michael Watkins, in a Harvard Business Review article, who says the differences are predominantly shifts in perspective and responsibility from:

In the federal government, there are ECQs – executive core qualifications – for its career senior executives. They are a good starting point for understanding the characteristics of a leader.  But in some cases, the language may not be sharp enough.  For example, it refers to the need to be flexible and open to new information. . . but it doesn’t really get at the importance of being comfortable with ambiguity, and the lack of information!

But you don’t always get to choose between being a manager and being a leader.  You often have to do both, and the challenge is knowing how to balance your time between them.  The challenge is that the former is more comfortable, so many new leaders gravitate to that role. The necessary balance, however, often comes from experience – either yours, or by observing others.

Other Blog Posts in This Series: