It’s Time for That Customer Thing Again – Only Bigger and Better! 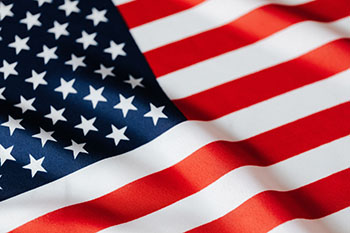 Tuesday, December 14, 2021
John Kamensky
Will this Federal Customer Initiative Finally Get Us There?

The Biden Administration has announced a new “Customer Experience and Service Delivery” initiative, promising some pretty specific and measurable actions, not just high-minded rhetoric.  For example, it includes 36 customer experience commitments across 17 federal agencies focused on “the moments that matter most in people’s lives” such as retiring, travelling, and paying for college. It also focuses on reducing administrative burdens for people applying for safety net programs by streamlining enrollment and certification processes.

But is this just new wine in old wine skins, or is it a strategic renewal and expansion?

Biden is now the fifth president since Bill Clinton to announce a new customer focus for federal services. It started with an executive order in 1993 by Clinton, who made customer service the signature focus of his Reinventing Government initiative. (full disclosure, I was a deputy director for that initiative). But the Biden initiative builds on – and takes lessons from – his predecessors.

Lessons from the Past

Over the past 30 years, presidents have undertaken customer-oriented initiatives to improve federal services to the public with an eye towards improving trust in the government’s ability to deliver on its promises. Here are highlights from some of these initiatives, and lessons learned (and here’s some more history from a prior post):

President Clinton. His administration’s reinventing government initiative -- under the direction of Vice President Al Gore -- undertook a number of customer-oriented initiatives via executive orders and memos.  It declared that “The standard of quality shall be equal to the best in business.” This resulted in setting 4,000 service standards across 570 agencies. It worked with the publishers of 6,000 phone directories across the country to create customer-oriented Blue Pages where you could find Passports under “P,” (and not under “S” for State Department, which issues passports - this was before Google or USA.gov existed).

In its later years, it shifted to the use of customer satisfaction surveys and focused attention on 32 agencies that had the most interaction with the public – like the Postal Service and IRS. And since this was during the early years of the internet, it sponsored the creation of new websites organized around target populations – business.gov, students.gov, recreation.gov, etc. It also promoted the creation of FirstGov.gov, the first one-stop site for the federal government (re-named under Bush as USA.gov).

Big lesson: Creating a targeted focus on a subset of services leads to more tangible results.

President G.W. Bush.  The Bush administration deemphasized the emphasis on customer service, largely because it was seen as a Clinton initiative.  But they didn’t eliminate it.  The Bush team changed the language to focus on “citizen” services, with an emphasis on electronic service delivery. In his e-government initiatives,one area of focus was on five selected citizen services, including electronic EZ tax filing, seeking help after a disaster (now disasterassistance.gov), and accessing federal benefits (now benefits.gov).  These and other digital initiatives are expanded on through Biden’s new directive. The efforts to measure and publicize customer satisfaction was deemphasized, which led to calls on Capitol Hill for legislative action but this never resulted in anything.

Big lesson: Moving to digital e-gov can make a big difference for public ease of access at a lower cost than in-person services.

President Obama.  The Obama administration created a new emphasis, with a new directive that agencies create customer service plans, but was slow to operationalize actions in his first term.  In his second term, he created a “cross-agency priority goal” that focused on a subset of 30 services  in 16 agencies that were seen as “high touch.” His administration incorporated the newest private sector best practice – customer experience – which focused not on specific transactions but on the “journey” that a customer would face in receiving services. They also created a cross-agency Core Federal Services Council and an awards program to champion improved customer experience within the federal community.

Probably the most prominent, and successful, efforts were at the Department of Veterans Affairs. VA secretary Bob McDonald created a Veterans Experience Office in 2016 in response to the Phoenix hospital waiting list scandal, which was a wake-up call that there was no “customer voice” in the system to understand what was going on in the different VA bureaus. This office led a redesign and a rethink about how VA delivered services.  For example, it championed the creation of a “patient experience program” based on human-centered design, using journey mapping. It started with hospital appointment scheduling to identify “moments that matter” in the process.  The office reported that it increased veterans’ trust in VA by 25 percent over the subsequent 5-year period using this “bottom up” approach.

Big lesson: Focusing on designing service delivery from the perspective of an individual customer’s experience is critical to success.

President Trump. – The Trump administration placed no real emphasis on customers in public statements and disbanded the Obama-created cross-agency council of career leaders and awards program.  However, he did quietly continue the customer experience efforts begun under President Obama via a cross-agency priority goal that focused on a handful of 26 “high impact service providers.”  A new cross-agency network evolved and a presidential-level awards recognition program was reinstituted. But more importantly, the Trump administration invested in staffing, digital services, and support structures at the General Services Administration and the U.S. Digital Service.

Applying the Lessons of the Past

So what’s different this time? The new Biden initiative has taken to heart lessons from previous administrations in designing its new initiative.

All of these proposed actions and the continuity of existing commitments of talent and resources in agencies and OMB are very promising steps.

While the new Biden initiative is an important step forward, past experience shows that this work can’t just be a technocratic, top-down effort initiative, supported by diligent employees and contractors. VA learned this lesson, and it has taken years to incorporate the customer experience approach into its operating culture. But VA may be a special case. It has the advantage of a clear set of customers – unlike, for example, the Department of Commerce which has a wide range of different customers for services as diverse as patents, weather forecasting, Census statistics, international trade, and more. Most other federal departments are more like Commerce than VA, but at the service delivery level – which is where the Biden initiative focuses - there may be more commonalities to VA’s experience.

President Biden likes to talk about “whole of government” efforts.  But improving customer experience for federal services is not just a single administration’s initiative. It requires a long term strategy for engaging more than just the White House and OMB in rethinking how government works for the people. For long-term sustainability this will require:

While this “unfinished business” may seem daunting on top of the already-ambitious agenda, it doesn’t need to happen immediately.

In sum, this presidential directive isn’t a retread of old initiatives. It builds on, and learns from them but it is a remarkable bold step forward over what was done in the past. It is a wonderful holiday gift to the American people – and hopefully they’ll begin to see its impact in the New Year ahead!