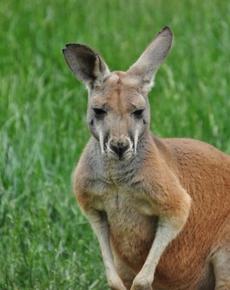 Wednesday, April 9, 2014
John Kamensky
Innovation seems to be a big deal in governments around the world. But the Australian Public Service developed a formal action plan for innovation in 2011 and is rolling out a series of initiatives that are building the use of innovation into the government’s institutional framework.
The current edition of The Public Manager describes the Australian national government’s approach to systematically embedding innovation into agency operations.  In an article by Australian civil servant Alex Roberts, one of the champions of innovation Down Under, he says the new mantra for government is “do better with less.”

In 2009, the Australian national government’s Management Advisory Committee (roughly equivalent to the U.S. government’s President’s Management Council) chartered a cross-agency initiative to investigate ways to increase innovation in government agencies. This led to a commitment to systematically develop innovation capacities across government, as detailed in a 2010 report:  Empowering Change: Fostering Innovation in the Australian Public Service.  Roberts says the report “provides an overview of what innovation is (‘the generation and application of new ideas’),” how to embed it within agency operations, and how to overcome barriers that impede it.

The report led to the creation of the Public Sector Innovation Project which in turn drafted the  2011 Innovation Action Plan that, symbolically, was signed by each of the secretaries of the Australian government departments to indicate their personal commitment to its implementation.  The plan is organized around four action areas:  Consciousness (creating awareness, a network, and plans), Capacity (creating a toolkit and staffing), Co-creation (creating a design lab) and Courage (creating a leadership mandate).

While creating a vision, having top-level support, and an action plan are important – after all, they create the permission to innovate -- the key steps are to identify ways to systematically engage employees and act on their ideas.  To do this, several institutional mechanisms were put in place:

The Public Sector Innovation Network.  A pre-existing cross-agency network (and its coordinating committee) was designated to help spearhead the effort.  As a cross-agency initiative, it performs similar functions as the US government’s cross-agency councils such as the CFO or CIO councils.  They “own” the action plan and develop  initiatives.   However, as Roberts notes, it is “an open network for those interested, whether from the public sector, academia, or the private sector.”  This is much broader than many US government cross-agency networks.

An Innovation Toolkit.  To create capacity, the government sponsors an on-line resource center for innovation that is open to all.  It includes:

An Innovation Blog with weekly updates and news items. Roberts says it “is an ongoing discussion forum for new ideas, insights, practices and information about applying innovation within the public sector.”  Probably the closest US equivalent is the MAX federal community sponsored by OMB (which is a closed network).

A series of pull-down tabs cover a range of tools such as:

Roberts says these tools “are complemented by a wide range of activities and efforts at the individual agency level or even within agencies.”  In the US, there is a parallel toolkit and network in the president’s Open Government initiative.

Case Studies.  In addition, the website includes an archive of case studies of innovation. Probably the closest US-equivalent is the Gellhorn Award, sponsored by the Administrative Conference of the US.

DesignGov. Roberts also describes an 18-month pilot Centre for Excellence in Public Sector Design, modeled after the collaborative Danish MindLab. The pilot was launched in 2012 “to test how design-led innovation could be applied to complex problems that spanned the interests of multiple agencies.” Dubbed DesignGov, it prototyped a framework to understand and improve interactions between business, interest groups, and government.  In the US, the rough equivalent may be the Innovation Labs created in some agencies, such as the Office of Personnel Management (however, the Australian Centre was designed to address cross-agency initatives).

Agency Ratings. And much like the US government, no initiative is complete without a scorecard on progress.  Here is the Australian version!

And More.  In addition, the overall Australian government innovation initiative sponsors an annual Innovation Month, an annual summit, and awards.

While the  U.S. federal government’s approach to fostering innovation in agencies is a bit different – we have Presidential Innovation Fellows, the Challenge.gov website, and Chief Innovation (or Chief Technology) Officers – there are many parallels between the Austrailan and the US approaches.  The US approach, though, may just not have as much of an institutional framework to ensure longer-term sustainability at this point.

Interestingly, the design and implementation approaches used by the Australians for their innovation initiative have parallels to the design of other US governmentwide  Obama initiatives, such as the Open Government initiative (e.g., use of scorecards) and the evidence-based government initiative (e.g., creation of policies and cross-agency workshops).  So while the overarching initiatives may differ, many of the implementation strategies are familiar.  But isn’t that what innovation is all about – find what works elsewhere and make it work for you!