Information Technology as the Driver of Change 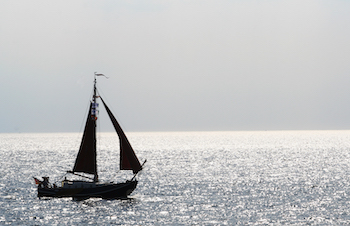 Wednesday, August 24, 2022
Dan Chenok
CIOs and CFOs can work together to drive IT investments through working capital funds.

Guest Blogger:  Alan P. Balutis, former head of the management and budget office of the Department of Commerce and appointed as its first CIO.

Earlier this month an article about Congress’ release of the most recent Federal Information Technology Acquisition Reform Act (FITARA) scorecard, authored by John Curran of Meritalk and entitled “Agencies Struggle with Funding to make FITARA Progress,” quoted a government executive who stated that “FITARA would make more of an impact if there was funding to assist agencies in their IT improvement efforts”. Another executive went even further, lumping FITARA into the category of a legislative “unfunded mandate”.

Information technology (IT) isn’t seen today as a stand-alone back office function.  IT is at the heart of much of government and enables service to the citizen, efficiency and effectiveness.  And the elements that the scorecard seeks to measure (e.g., the authority of the Chief Information Officer (CIO), how agencies are managing risk in the implementation of major projects and programs, cybersecurity, progress in implementing the Technology Modernization Fund (TMF), and so on) aren’t discretionary, nice-to-have features.  So why would more funding be needed?

The Federal government spends upwards of $120 billion each year on IT, not counting in the 1+ billion dollars appropriated this past fiscal year for the TMF.  We know from past congressional hearings, as well as from testimony and reports from the Government Accountability Office, that the vast majority of these funds maintain existing systems, hardware and software – Operations and Maintenance, or O&M in government parlance.  Vitally important systems at the Internal Revenue Service, the Social Security Administration, the Department of Defense, and other agencies are running on outdated hardware or software, vulnerable to cyber attacks, and difficult to update or modify. As a result, only a small percentage of that $120+ billion goes to newer, cutting edge systems and technologies – what government calls Development, Modernization and Enhancement, or DM&E.

Moreover, government agencies often spend a very high portion of their budgets in the last quarter/month/week/days of the fiscal year in a “use-it-or-lose-it” buying binge. Part of that stems from the fact that it’s rare when our Federal government –  at a size equivalent to a Fortune One company – starts its fiscal year on time, on October 1 with appropriations bills enacted and signed across all departments and agencies.  In fact, the last time that occurred was back in FY1996, during the Clinton-Gore Administration. And continuing resolutions (CR) to keep the government functioning have stretched, as they did in FY 2022, almost halfway through the fiscal year.  This imbalance between keeping outdated systems running long past their “sell by” date and end-of-year buying sprees may be explained needs to change.

The TMF was authorized as part of the Modernizing Government Technology (MGT) Act of 2017 and received modest funding ($175 million to date) through the annual budget process.  The TMF received a sizable infusion of one billion dollars as part of President Biden’s American Rescue Plan, signed into law in March, 2021. Investments have been made to date to replace legacy systems as well as to support key elements of the President’s Management Agenda (PMA), such as improved service to citizens and cybersecurity (an element of the FITARA scorecard as well).

The MGT Act mentioned above also authorized and encouraged agencies to create new or modify existing Working Capital Funds (WCFs) to cover IT, so that end of year unspent funds could be carried over to the next fiscal year and agencies could start making smarter and better IT investment decisions. To date, only the Small Business Administration has moved to do so.  Why?  Some blame Congress, specifically the appropriations committees, as resisting or outright opposing the creation of such funds.  I am a tad skeptical of such charges, or at the very least think the blame for inaction could be spread further.

I spent most of my years in government as a management and budget executive at the Department of Commerce, before becoming its first Chief Information Officer. During that time, we added activities to the Department’s WCF on a number of occasions.  It took time and effort to explain and justify the proposed additions to Hill staff, but this was not a herculean task.  Also, a careful reading of the $1.5 trillion omnibus appropriations bill passed by Congress in March of this year (and, yes, I did read through it – all 2,741 pages) reflects 2-3 important things:

In contrast, I have been told that when the MGT Act went through OMB’s interagency clearance process, opposition to provisions on strengthening the role of the CIO and establishing an IT WCF came from several members of the CFO community, and the CFOs would be responsible for the establishment of WCFs.

There seems to be general agreement – seen in the PMA, and also in studies and surveys of top issues and challenges – on what government should invest in.  The rank order may differ, but the items noted are the same – cybersecurity, citizen service, legacy systems, aging infrastructure (i.e., technical debt), cloud computing consistently rank as top priorities .  NextGov recently reported that last month the Office of Management and Budget (OMB) issued a memorandum on priorities for the FY 2024 budget. While focused on cyber and zero trust, the directive noted the connection to and importance of obsolete systems and the resulting technical debt, shared services, supply chain, and delivering modern services to customers (because citizens won’t use systems that they don’t trust).

Budgeting is about laying dollars against agreed-upon priorities. I noted my budget experience and background above; I served 14 years as the head of a Cabinet department’s management and budget office.  If I had gone into a meeting with the Secretary, Deputy Secretary, Chief Financial Officer where s/he described a key initiative or a top priority and my response was “no budget for that” or “unfunded”, my tenure in that role would have been considerably shorter.

Years ago, when my office distributed OMB’s annual budget guidance, we added Secretarial guidance that cut IT O&M spending by 15 percent. The Bureaus had to provide a full justification for maintaining the status quo and do so in front of the Secretary’s leadership team.  Or, they could propose to reallocate those funds to an initiative tied to a Presidential or Secretarial priority.  We didn’t bat 1.000 percent, but we did cut O&M that year by eight percent and we began the process of turning the ship.

The TMF won’t last forever. Some fear that a new Congress might even seek to rescind unobligated balances in this upcoming fiscal year.  So CFO’s and CIO’s need to team to scrub budgets, stop funding low priorities, and reallocate funds to new and higher priority investments. To those who seek to turn the ship this way now, happy sailing!