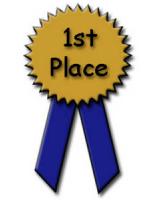 Wednesday, January 5, 2011
John Kamensky
Inducement prizes – as opposed to “recognition” prizes such as the Nobel or Pulitzer prizes – are a growing element of how government is trying to spur innovation in solving tough problems both inside and outside the government, notes Annie Lowrey in a re

Why?  Because prizes are effective.  Under the right circumstances, they can be more effective than traditional investments in research and development.

Lowery says: “After falling out of favor for decades, such high-publicity, fat-reward contest came into vogue again in the aughts in the wake of the 1996 Ansari X Prize for advances in commercial spaceflight” which Burt Rutan’s SpaceShipOne won in 2004.

The use of prizes gained a legislative boost last month when Congress included a prizes component in legislation designed to increase American innovation and competition.  This new legislation expands the authorization (starting on p. 17 of the bill) to use prizes to every agency head, and creates a framework and eases existing administrative constraints for conducting a prize competition for those outside government.

But the use of prizes and awards has already been a visible element of the Obama Administration’s innovation efforts.  The Office of Management and Budget (OMB) has sponsored a competition among federal employees to find cost savings and the White House has created a “challenge” website where agencies pose problems in hopes of getting solutions from the public.  OMB issued guidance to encourage agencies to use challenges and prizes, as well.  The legislation should help push this along.

OMB’s Prize Memo.  Back in March 2010, OMB issued Guidance on the Use of Challenges and Prizes to Promote Open Government.  The guidance encouraged agencies to identify internal champions for the use of prizes and competition, promised to create the Challenge.gov website, and offered potential legal authorities agencies could use.  The memo also offered some cautions that agencies would need to keep in mind (several of these are now waived by the new law).

The SAVE Award.  Piloted in 2009, the Office of Management and Budget sponsors an annual “SAVE Award” – an acronym for “Securing Americans’ Value and Efficiency” – where federal employees can submit their ideas for how money could be saved, and citizens can vote on which ideas look to be the best.  The winner gets to present his or her idea directly to the President.

Ideas generated by the contest – more than just the winners -- are then implemented by agencies.  For example, the Department of Agriculture adopted an idea to move to electronic pay stubs for 640,000 employees, saving thousands in printing and mailing costs.

This idea was seen as compelling in the UK, where the British government conducted a similar contest this past year for the first time and had an even greater response than in the US, with over 100,000 ideas submitted.

Challenge Grants.  The Obama administration announced a new website in the Fall of 2010:  challenge.gov.   The site is designed, as the White House put it, to make it “. . . easier than ever for Federal agencies to mobilize American ingenuity to solve our Nation’s most pressing problems.”  The kinds of problems posed by agencies ranged from new gloves for astronauts to new recipes for nutritious school lunches.  Currently, 27 agencies are sponsoring 66 different competitions.  They’re worth a look!

Lessons Learned.  Agencies shouldn’t just jump into the use of prizes, awards, and challenges without first thinking them through.  A thoughtful piece on the Governing People website by Richard Fahey, “Promoting Innovation Through Prize and Challenge Programs,” examines lessons and strategies from a Case Foundation study on the use of challenge grants, which is worth reading before developing your own program.  Similarly, blogger Alex Howard writes that crowdsourcing the solution to government challenges has “the potential to leverage the collective expertise of citizens.”  Like the Case Foundation, he offers several design issues that need to be factored in by the prize sponsor, such as the anticipated output and being clear about the purpose and goal of the challenge.

The IBM Center will be coming out with a new report soon on the use of prizes, with some insights on their design based on best practices from successful initiatives.  I’ll be sure to highlight it when it is available!