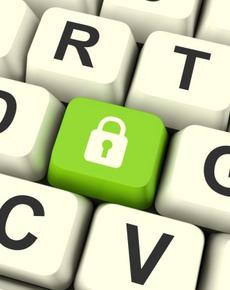 Tuesday, September 20, 2016
Dan Chenok
The next President has a great opportunity to lead continued progress on this critically important issue for the government and the Nation.

Below are ideas that I shared on this topic yesterday as part of a panel discussion with the White House’s Commission on Enhancing National Cybersecurity.

The policy framework that governs Federal IT with respect to cybersecurity has many pieces. Major laws include:

In addition to these general statutes, DHS’ cyber leadership was authorized in the Homeland Security Act of 2002.

These statutes are implemented through an array of policies that impact IT security, including:

And these laws and policies are led by a diverse group of organizations, among them the White House Cyber Coordinator; OMB, led by the Federal CIO and new Federal Chief Information Security Officer in the E-Gov Office; DHS, led by NPPD; and NIST -- just to name a few.

In a world where threats emerge faster than policies and acquisitions can react to them, agility is essential.  Policies can promote approaches and technologies through which government can predict and prevent cyber threats.  This Administration has taken important steps forward in developing and coordinating IT and cybersecurity policies, leveraging progress made in previous Administrations.  Following are some ideas to continue enhancing this policy objective.

Rather, a new Administration could outline governmentwide priorities and lead organizations, a clear baseline architecture for technical protections across agencies, and pathways for deeper engagement with the private sector.  Such a policy could build on the Comprehensive National Action Plan, and be issued by the President via Executive Order or Directive to build on current progress.  This approach would garner agency head attention, strengthening focus on cybersecurity across the government’s C-Suite and stressing rapid action by mission leaders working with CIOs.

Policies that can accelerate technology procurements will allow agencies to keep pace with innovation.  And effective procurement requirements can incentivize sound cybersecurity practices, allowing companies to bring innovative ideas forward – such as how agencies can best leverage leading-edge commercial items, or harness the enormous potential of Blockchain -- as an expected contract activity.  This could enable government to leverage the $90 billion annual government IT investment to attract innovation, from companies that already carry out these investments through procurements.

Read my statement along with other panelists' and speakers' statements from the meeting of the Commission on Enhancing National Cybersecurity.  A follow-up post will share perspectives on the panel discussion.