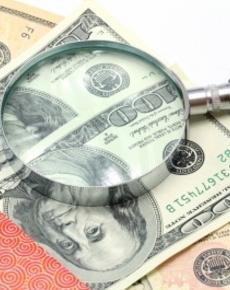 Monday, May 5, 2014
John Kamensky
President Obama has said he will sign new legislation that will have far-reaching effects on federal agencies and hundreds of thousands of recipient of federal funds – grantees, contractors, universities, non-profits, states, and localities.

The new law gives agencies three years to implement a set of new reporting requirements to track federal spending, but it will be unbelievably complex – requiring changes in federal regulations, and in the written terms of every federal grant, contract, and loan agreement of $25,000 or more.  These changes will likely cascade to agreements between states and localities with their sub-grantees and sub-contractors, as well.  Congressional sponsors of the legislation told the Administration “we’re going to hold your feet to the fire” to ensure effective implementation.

The sweeping nature of this new law and its relatively tight implementation timeframe will make it challenging for public managers to comply.  Fortunately, there are encouraging signs that this new law could be implemented effectively.

Background.  In 2006, then-senator Barack Obama and fellow senator Tom Coburn sponsored bipartisan legislation requiring federal agencies to publish spending data on all grants and contracts.  That bill, the Federal Funding Accountability and Transparency Act (affectionately called “FFATA”) resulted in a database on a website hosted by the General Services Administration, USASpending.gov.  However, the site was soon criticized as being out-of-date, inaccurate, and generally not useful for accountability by the Government Accountability Office and transparency advocates.  It largely tracked obligations (the commitment to spend) rather than the actual expenditures, which transparency advocates felt did not go far enough.

The 2009 Recovery Act’s requirements to collect spending information on a quarterly basis of about $300 billion in stimulus funds demonstrated that spending information could be collected and reported both timely and accurately, and in ways that could be useful to transparency advocates, on a central website – Recovery.gov.  For example, it visually maps spending by Zip Code and uses spending data across agencies to identify fraud and waste.  However, the Recovery Act program sunsets later this year.

Congressional supporters of federal spending transparency promoted the success of the Recovery Act’s financial reporting efforts and proposed extending it to all federal spending.  That effort resulted in a three-year effort to pass the Digital Accountability and Transparency Act (the DATA Act).

Highlights of the DATA Act.  The DATA Act will, according to the Senate’s committee report, “expand current requirements to publish Federal spending information online to cover virtually all forms of federal spending.”  More specifically, the new law will:

Lessons in Getting Implementation Right.  Anticipating the passage of the DATA Act, a number of advocates have been sharing “best practices” from what worked – or didn’t in the implementation of FFATA, the Recovery Act, and other big governmentwide efforts, such as the Y2K effort in 2000.  A key leader of the Recovery Act effort, Ed DeSeve, highlights several of the key lessons:

Why Might DATA Act Implementation Succeed? While there isn’t dedicated funding in the new law, there are other elements of potential success present:

Ground work has already been laid in several areas.  For example, the Government Accountability and Transparency Board, created by executive order in 2011, has already begun to develop a roadmap to develop unique identification standards for each transaction, focusing on grants and contracts (which account for one-third of total spending each year).  In its just-released annual status report, it summarizes the results of four ongoing working groups that are addressing standardization for procurement and grant data, among other issues.

While the opportunities for success are good, the real challenge will be not to just comply with the law, but to actually act on its intent – to increase transparency, improve performance, and change the culture in agencies.