The Impact of Government Shutdowns on Innovation 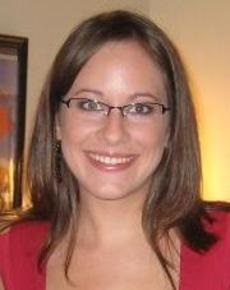 Thursday, September 17, 2015
Darcie Piechowski
With the upcoming deadline to pass the budget for the 2016 fiscal year, it’s a good time to revisit the impact of past shutdowns and Continuing Resolutions (CR) – both which can delay funding to agencies and cause uncertainty over future funding.

Much has been written about the cost of these budget uncertainties, particularly around lost labor hours (6.6 million furloughed days as a result of the 2013 shutdown) and the economic impact to both the public and private sectors through lowered job creation, reduced output, and other costs. For example, Philip Joyce’s report, The Costs of Budget Uncertainty, gives both a historical context to past shutdowns and CRs and what impact these have had. Worth consideration, though, is not just the tangible costs of budget uncertainty, but the impact to the intangibles such as innovation. It is difficult to measure innovation, so the loss of it as the result of budget uncertainty is often not quantified, but the loss is still real. As stated in a recent NY Times article about the impact of budget uncertainty to NASA, “Even the threat of a shutdown can have a far-reaching impact on scientific projects, often in unexpected ways. … Erratic funding streams add an unstable element to a process where instability means the loss of irreplaceable hardware and the interruption of research.” It is likely that other agencies feel the same impact, particularly those hit hardest by CRs and shutdowns. Budget uncertainty can impact innovation in several ways through reductions in: Funding: A lack of funding prohibits agencies from continuing or starting innovative projects. Agencies may only have the funding to work on existing activities. Time: If a project is deemed non-essential, employees may be furloughed or shifted to other work. Consequently, employees working on the cutting edge are often taken away from projects that may be time-sensitive, given their newness, and making up time when they return to work means extra hours and potentially lost impact from innovations that have since gone stale. New talent & talent development: A reduction in new talent as a result of hiring freezes may mean that there is no one to assign to work on innovative projects. It may also slow innovation simply because there are fewer new and diverse perspectives infused into existing teams and with limited or frozen training budgets, it can be challenging for existing talent to bring forth new ideas. Strategic vision: The fear of losing funding can cause agencies to focus only on short-term goals and investments. For example, agencies will sign shorter contracts and commit to smaller projects. Instead of working toward long-term goals through innovation, agencies end up focused on the immediate issues they are facing. Support for private innovation: Budget uncertainty impacts innovation beyond government organizations as well. Grant freezes, for example, can put research across the country on hold, as can the inability to maintain valuable resources and public databases, like NIH’s PubMed, during a shutdown. The resulting consequence of continuous budget uncertainty is a constant game of catch up - one that takes an organization’s focus away from innovation and forces it into the past. As Joyce writes, “CRs require ongoing activities to be continued, in spite of decisions that may have been made to discontinue them. In other words, in addition to prohibiting agencies from doing new things, CRs also prohibit them from ceasing to do old things.” It is this focus on maintaining the status quo, reducing risk, and managing to the short term, which can have detrimental effects on meaningful innovation. One recommendation to reducing the impact to innovation is to, as Kevin Desouza suggested in his latest report, begin setting metrics for innovation by which agencies can quantify how innovation is impacted by budget uncertainty. We welcome any additional thoughts you may have on maintaining or measuring innovation through shutdowns and CRs. Additional References: U.S. Government Accountability Office: 2013 GOVERNMENT SHUTDOWN: Three Departments Reported Varying Degrees of Impacts on Operations, Grants, and Contracts Congressional Research Service: Government Shutdown: Operations of the Department of Defense During a Lapse in Appropriations CRS Resources on the FY2014 Funding Gap, Shutdown, and Status of Appropriations