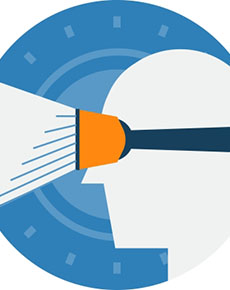 Monday, September 18, 2017
Darcie Piechowski
In many ways, virtual reality (VR) is old hat to the government. Airmen, astronauts, and soldiers have long been putting in time in simulators training for the real thing.

With over 43,000 flights and 2.5 million passengers daily, air traffic control is an inherently complex and risky endeavor. At any given time, there are 5,000 planes in the air leaving little time for experimentation. In order to simulate conditions, be that weather, emergencies, topography, or traffic, at any given airport, NASA’s Ames Aviation Systems Division, which conducts research and development in two primary areas: air traffic management, and high-fidelity flight simulation, has created a simulated air traffic control tower. “The virtual reality air traffic control tower allows NASA to test out techniques for cutting down on delays, speeding up aircraft movements, and increasing safety … without any actual risk to planes or passengers,” writes Ken Foxe. It is conceivable that this could also be applied to other areas as well, such as road transportation, policing, or agriculture.

Training employees is one use of virtual reality, but another would be training citizens. Virtual reality can prepare citizens for a variety of situations better than other non-immersive forms of education. The Singapore Civil Defense Force is using virtual reality to better prepare citizens for natural disasters, so they can respond faster and more effectively, and a study being funded by the National Institutes of Health in the United States has shown promising results in using virtual reality to teach children to safely cross the street. “Children using the simulator can learn whether they’re safe or not safe, and learn those difficult skills of figuring out how fast that car is moving, how far away it is and how quickly it will get to where they are, and we can do all that virtually without the child’s actually being at risk of being hit by a car,” said study author, David Schwebel.

In addition to better preparing citizens, virtual reality can promote civic responsibility. It can give citizens a better understanding and empathy for particular issues and thereby encourage them to make better choices. A study from Stanford University found that cutting down redwoods in virtual reality could have positive effects on participants’ conservation efforts, such as reducing paper use. Similarly, the US Geological Survey has been using virtual reality to show citizens the impact of climate change.

Soldiers and other civilian employees can be subjected to traumatic stress through their work. Exposure therapy, a type of cognitive behavioral therapy which exposes a person to their source of anxiety, has been proven to be effective, and virtual reality makes that possible in a safe, controlled environment. “You can place people in provocative environments and systematically control the stimulus presentation. In some sense it’s the perfect application because we can take evidence-based treatments and use it as a tool to amplify the effect of the treatment,” explained USC Davis research professor Albert Rizzo. Exposure therapy using virtual reality has helped to treat posttraumatic stress disorder (PTSD) for Vietnam veterans, 9/11 victims, and now soldiers returning from Iraq. It has also been effective for treating addiction, and NASA has even been using a virtual space station to improve the quality of life for astronauts on longer missions.

The city of Albuquerque has been exploring how virtual reality can be used to boost tourism and showcase their unique events, like the hot air balloon festival. Be it attracting tourists to a city or national park or showcasing an agency’s work, virtual reality offers government organizations an opportunity for promoting their services. Beyond enhancing transparency and trusted government-citizen relationships, building public awareness has another benefit in that it can act as a recruitment tool. The British Army’s implementation of a virtual reality experience with typical training scenarios, such as driving a tank or parachuting, has led to a 66% increase in recruitment applications. Virtual reality could be applied in other fields as well to take a student through the full spectrum of learning to experiencing, increasing both their knowledge and interest in that field. In a time when the government is looking to increase recruitment of millennials, virtual reality creates a new avenue for doing so.

Immersive technology is continuing to mature and become more economically viable for a wider audience, opening new possibilities and use cases. Government organizations have already begun to capitalize on this technology to develop employees, improve mental health, engage citizens, and improve services. The next post will explore the future of government with augmented reality, as many say that it has even more potential and usability than virtual reality.

Image courtesy of Farbentek at FreeDigitalPhotos.net