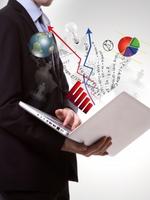 Wednesday, April 3, 2013
John Kamensky
How an issue is framed can strongly influence how a person responds. This insight has led to whole new fields of economics and social science called “behavioral economics” or “behavioral interventions.”

Government managers, however, can use these new approaches to dramatically improve the performance of their programs, if done right.

I attended a forum a few weeks ago where behavioral experts talked about projects underway to improve the performance of government programs by applying behavioral interventions. For example, if you want new employees to invest in their 401(k) retirement plans, there is a much higher participation rate in companies that require a new employee to reject – or opt-out – of participation, than in companies where employees are required to sign up – or opt-in – to participation.

This difference is because people have a natural tendency to go with the “default” option rather than making a decision. And if policy makers understand what people’s natural tendencies are, they use them to leverage desirable policy outcomes.  Several recent popular books describe this phenomenon, including Nudge, by Richard Thaler and Cass Sunstein, and Thinking, Fast and Slow, by Daniel Kahneman.  In fact, the authors of Nudge created a blog to describe examples of the use of behavioral interventions in both the public and private sectors.

The Collaborative Forum, sponsored by the National Academy of Public Administration brought together several practitioners of the art of behavioral interventions who provided intriguing examples of how their use can dramatically improve program performance.  Here are some highlights:

United Kingdom: The Behavioural Insights Team.  The UK government created a Behavioural Insights Team in the Cabinet Office to compare “interventions” against control groups to see if minor changes in existing processes could lead to significant improvements in performance.  Sometimes called the ‘Nudge Unit’, it “draws on insights from academic research in behavioural economics and psychology, to apply them to public policy making.”

The unit looks for “quick wins” and takes a “test-learn-adapt” approach to its work.  For example, they worked with the Courts to pilot the use of text messages to people who owed court-ordered fines.  Rather than sending a bailiff to the individuals’ homes to collect fines that were overdue, they sent text messages instead.  Fine payments went up.  Then they piloted the use of personalized messages, by including the individuals’ names within the text messages, and the payment amounts rose by another 30 percent.

By creating a series of randomized-control trials, they used data to determine what kinds of interventions work, before taking them to scale.

Interestingly, since their creation in 2010, they have documented savings of roughly 22 times the cost of the initial team, and interventions that will save the UK government at least £300 million over the next five years.

US:  The Behavioral Interventions to Advance Self-Sufficiency (BIAS) Initiative.  The Administration on Children and Families’ Office of Planning, Research and Evaluation, at the U.S. Department of Health and Human Services, is sponsoring a project to apply similar behavioral interventions as the UK team. The team is piloting the use of the behavioral principles in human services policies and programs to “improve the well-being of low-income and vulnerable children, adults, and families.”

Emily Schmitt, who helps lead the initiative, says they started with a small handful of programs and are creating “behavioral maps” to identify potential points for intervention. For example, they are testing ways to reduce the number of “abandonments” of calls to the National Domestic Violence Hotline.  When people call the hotline and are put on hold, they oftentimes just hang up.  The program is testing various messages to see if they can encourage people to hold on until a “live” person can respond to their call.

Texas: Child Support Services.  Even state governments are getting involved. In Texas, the Child Support Division of the Office of the Attorney General collects child support payments on behalf of 1.4 million families.  However, about 30 to 40 percent of the payments are not collected.  They wanted to find out if there were ways to increase payments via incentives vs. sanctions.    Project lead Michael Hayes says they started using small changes, such as taking off the logo of the Attorney General from dunning notices to see if that would increase collections.  It did.

He also noted that they started “playing around with different phrases and paragraphs” within the letters themselves, testing different phrasings with different populations.  Some increased payments, others didn’t.  So they focused on the tweaks that worked.  They found that simplifying the letters, eliminating the “hassle factor,” and making it easy to pay by including the correct payment forms, all helped increase payments.

So if the British, the Feds, and the Texans are doing it, would such an approach work for programs in your agency?  Would it just take a Nudge?