How to "Mind the Gap" 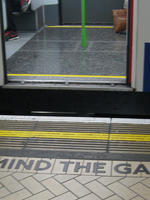 Tuesday, July 12, 2016
John M. Kamensky Tu
How do you get policymakers to listen to academics and scientists when making policy decisions? Much like the London subway system – there’s a need to “mind the gap!”