How Leaders Make a Difference 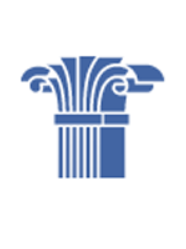 opportunity to re-design the eligibility determination process for health care benefits provided to citizens in need.

Ruth Kennedy, director of eligibility for Medicaid and the Children Health Insurance programs at the state’s Department of Health and Hospitals, had been attempting to reform the eligibility determination process for several years. But when Hurricane Katrina hit, the eligibility system was largely wiped out. Staff and clients had been evacuated. Records were destroyed. Offices had to be replaced. Kennedy declared: “I don’t want to just rebuild. I want to build an improved system.”

Author Vicki Grant describes, step-by-step, the processes used by a front-line agency leader to make a huge difference for thousands of beneficiaries of Louisiana’s public healthcare system. In the process, she shows that, while technology helps, it is leadership that matters.

For example, one stage of the reform was the redesign of the distribution of work among employees. Using the Toyota Production System and Lean Six Sigma techniques, Kennedy led the design of a caseload management system based on the “pull”concept rather than assigning batches of cases. This shifted the mentality of caseworkers from “my” cases to “our” cases.