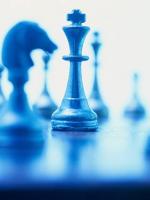 Friday, January 7, 2011
The new law revises agency strategic planning requirements under the Government Performance and Results Act (GPRA) by changing when they are prepared to align with presidential terms of office, requires greater cross-agency alignment of goals and programs

Agency Strategic Plans.  According to the Senate committee report accompanying the new law:

“Under GPRA, an agency is currently required to develop a strategic plan at least every three years to cover the following five year period. This reporting timeframe for updating strategic plans does not correspond to presidential terms.  It makes little sense to require an update of a strategic plan shortly before a new administration is scheduled to take office, as changes in political leadership often result in new objectives and can render preexisting plans unuseful.”

“addresses this issue by modifying the schedule for revising agency strategic plans to align with presidential terms. The bill requires strategic plans cover a period of no less than four years and allows the agency to make adjustments to the plan to reflect significant changes in its operating environment. . . .”

The new law also attempts to:

“ensure that agency goals align with broader federal efforts . . .  and to provide greater clarity regarding the impact of employee efforts on overarching goals.”  In addition, it “requires an agency to describe how it is working with other agencies to achieve its own goals and objectives, as well as the crosscutting priority goals of the federal government.”

In addition, the Senate committee report notes, the law:

“strengthens the Congressional consultation process by encouraging agencies to describe how agency goals and objectives incorporate the views and suggestions obtained through consultations with Congress. This legislation clarifies that the agency shall periodically consult with and obtain majority and minority views from its authorizing, appropriations, and oversight committees when developing or making adjustments to its strategic plan. It also requires Congressional consultations occur at least once every two years. . . .”