Government Ethos Can be Just as Important as Statutes 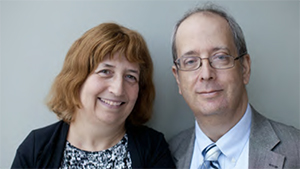 Wednesday, March 23, 2022
Katherine Barrett and Richard Greene
It often feels as though the Holy Grail of government management is to have some process or procedure written into statute. That’s the only way, the presumption goes, to be sure that a new management idea is actually implemented and, presumably, supported with cash.

In fact, over the decades of observing the ebb and flow of management efforts in state and local governments, we’ve seen that often the ethos of an organization is just as important as the statutes it puts on the books.

One example that immediately comes to mind is Vermont. That state is often singled out as the only one of the fifty that doesn’t have a legal requirement for a balanced budget. But that doesn’t matter. As the Volcker Alliance indicated in a report we wrote, “Statutes or constitutional requirements in forty-nine states mandate that budgets must be balanced, while Vermont does so by long-standing tradition.”

By contrast, take a look at some of the statutes that have required various kinds of performance management efforts. In a 2018 book by Elaine Yi Lu and Katherine Willoughby, they found that forty two states had some kind of performance budgeting in statute.

Based on our own experience, we’re aware that far more than eight states have had no real apparatus in place for using performance budgeting in a real way, and the statutes in some are little more than words on paper, signifying little in the real world.

Back some years ago, when we were working on the Government Performance Project, an effort funded by the Pew Charitable Trusts to measure the management capacity of the fifty states, we pointed to the power of a pro-management ethos in the Commonwealth of Virginia. The person in the governor’s seat in that state cannot run for re-election immediately after a four-year term (though the governor can run for non-consecutive terms).

Yet, despite every four year changes in this powerful position, Virginia’s capacity to manage wisely continued through most, administrations, despite an occasional hitch. Many of the ways in which Virginia did particularly well in those years were not written into any form of statute, though.

For example, in the last iteration of the GPP reports, which came out in 2008, Virginia was given an A in the category that focused on human resources. Part of the reason for this was that it was a pioneer in integrating knowledge transfer into its HR practices. No statute forced the state to do that. But it did, to the state’s benefit.

All this, however, doesn’t mean that a state’s ethos can’t change over time. Back when we were working on a project similar to the GPP for the now-defunct publication, Financial World, New Mexico was the very last of the fifty states to agree with the idea that performance management could be a benefit. (You won’t find this online, as Financial World isn’t just defunct, it’s pretty much invisible, but we well recall New Mexico leaders telling us that they weren’t interested in pursuing that path in the early 1990s).

Today, however, that has changed dramatically, and the state is now a national leader in this critically important management tool. In fact, the Center for Accountability and Performance at the American Society for Public Administration has just given the state’s Legislative Finance Committee, its prestigious “Organizational Leadership Award.”

And that’s one way in which ethos and statute have a great deal in common. They can both change. The fundamental difference is that statutes can change at the whim of a legislature, while ethos tends to be more difficult to change – for better or worse.

Blog reprinted from the Barrett and Greene, Inc. website at greenebarrett.com.