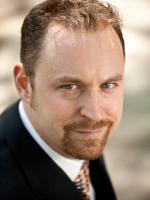 Sunday, May 9, 2010
Gadi Ben-Yehuda
This initial column on Governing in the Digital Landscape defines Gov 2.0 as "activities that regulate and utilize the digital landscape," and explains why it is essential that as many citizens as possible involve themselves in the process.

Welcome to the inaugural post in a new series from the IBM Center for the Business of Government: Governing in the Digital Landscape.

This series will explore the increasing number Gov 2.0 services and tools, review important Gov 2.0 legislation, and highlight Gov 2.0 events.  Along the way, it will feature interviews of some of the people leading Gov 2.0 efforts as well as those who caution a more deliberative course.

But it’s important to start at the beginning, and that means asking and answering two fundamental questions: First, what is Gov 2.0?  Everyone has an idea, and each one has certain strengths and weaknesses—but the sheer volume of (at times disparate) answers leads many to ask: why is it important to define Gov 2.0?  Why can’t we just “do” it? (Though that will be in a following post.)

This is the definition of Gov 2.0 that will guide this column: Government activities that regulate or utilize the digital landscape.

This definition diverges from many others both in what includes and omits. It includes the regulatory aspect of Gov 2.0: government’s unique power to regulate, either through legislation or issuing rules.

Though many Gov 2.0 activities generate headlines and breathless commentary—presidential messages on YouTube! Congressional leaders on Twitter!—the regulatory activities are about as exciting as any other proceeding on C-SPAN.  Yet they are vitally important.

This definition omits any of the purported goals of Gov 2.0: no mention of “transparency, collaboration, innovation,” nor inclusion of government services or spreading democracy or enhancing citizen participation in government.

While these are good, noble goals, nothing about them is intrinsic to Gov 2.0.  In fact, Madison, Hamilton, and Jefferson debated them and wrote them into our founding documents.  Redress of grievances?  Ambition checking ambition?  That’s collaboration.  Ability to amend the Constitution?  State (rather than federal) control over many government functions?  Invitations to innovation.  Checks and balances (especially by the Judiciary)?  Impossible without transparency.

Though these are often mentioned in definitions of Gov 2.0, they can actually cloud the significance of Gov 2.0 at least two important ways.  Their inclusion in a definition casts all Gov 2.0 as positive; and narrows the focus too tightly on what government is, rather than what it does for citizens.

Where “2.0” Comes from and Why It’s Relevant to Government

Most people intuitively grasp that Gov 2.0 has something to do with technology.  There’s something “tech-ish” about the moniker “2.0.”  In the software community, when an updated version of a piece of software is released, the name might stay the same, but a new number is attached to it.  Firefox, for example, is currently on version 3 (3.6.3 if we’re being specific).

New versions are released for a variety of reasons; some add new capabilities to the program, some retain the same capabilities, but are smaller and more efficient than prior versions.   Through successive versions, however, the basic function of the program remains constant: Firefox is still a browser; Windows is still an operating system; Word is still a word processor.  But to compare the original versions of Firefox or Windows or Word to today’s versions would be like to compare the responsibilities and processes of 18th century government to today’s.

That’s why it’s called Government 2.0: because today’s government is organized in a completely different way than prior versions of our government and has an updated features set.

The most glaring example of government re-organizing itself is likely the creation of the Department of Homeland Security and its absorption of the Coast Guard, FEMA, and other far-flung agencies (many equate this ‘upgrade’ to the release of Windows ME).  Even state and local governments reorganize themselves from time to time, moving certain functions from one department to another—e.g. parking enforcement from the DMV to the DOT.

And government occasionally change their features set, as when we started regulating the energy industry, or deregulated the airlines.  Today, we are seeing an ad hoc regulation of the digital landscape; government agencies, legislative bodies, and courts trying to ascertain how to apply sometimes-inadequate rules to a burgeoning online ecosystem.  As more of our lives acquire a digital aspect, we expect our government to offer us the same protections in the digital landscape as in the physical world.

Future Topics for This Column

This column and its companion in the Business of Government Magazine will be my part in a conversation about government efforts to regulate and utilize the digital landscape.  On the regulatory side, some topics might include:

Most of the posts, however, will examine how government entities are utilizing the digital landscape.  There are five main activities for which governments turn to digital media:

I look forward to engaging in a discussion about the current events and cutting edge of Gov 2.0.  If you have any examples you’d like to share, please send me an email, or tweet me at GBYehuda.