The Future of Tax: Who is the Taxpayer? 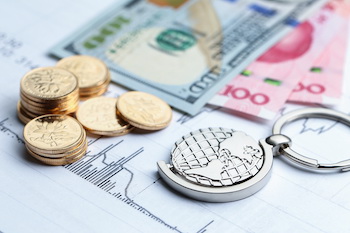 Monday, December 5, 2022
Sharon Moore
In her book, Waves, Virginia Woolf’s character Bernard said “I am not one and simple, but complex and many.” Identity is indeed a multifaceted and complicated topic.

For this Modern Tax Administration series, we are concerned with how a tax administration can recognize with certainty an individual or an organization that may be required to pay tax. Today, governments provide several physical ways that service users can verify who they are such as birth certificates, passports, driving licenses, and company or charity registration numbers.

The possibilities for digital identity became a hot topic as blockchain technology emerged, but it is still largely a vision rather than reality, no matter the implementation. As one of the key revenue generators for government, tax administrations can lead the way in simplifying the identification of taxpayers and increasing citizen trust.

Today, multiple copies of the data that might identify a taxpayer are stored by multiple organizations, not just by government but banks, retailers and more. Updating all parties with a change is burdensome for a person to remember and, even when they do, if one organization has multiple copies often these are also out of synch. Furthermore, the greater the number of copies of an individual’s identity data, the greater the risk that it will be illegally accessed, and harm caused.

Instead, a digital identity could empower citizens and service users – taxpayers – by putting them in charge of their own data and reducing duplication across many systems.

This digital identity is more than just a typical “account” that is increasingly necessary as governments make services available online. It is a set of digital credentials that can be quickly verified, where the holder of those credentials decides what data can be shared with those that request it. This can simplify how organizations – including tax agencies – keep in line with ever-evolving privacy regulations.

A digital identity can be created at birth, or other life event, and used across state or country boundaries. It can be shared by an individual taxpayer with their employer – or a business platform - to support automatically withholding tax from salary payments or other income (particularly where a tax agency’s systems are extended into a company’s natural systems). A digital identity could cater for individuals and for organizations, with the latter granting access to approved representatives to interact on its behalf. Proving an individual’s identity is a costly business for governments; a trusted digital identity removes the need to do this repeatedly.

A digital identity could be used to sign contracts, and instead of physical witnessing that takes place today. The list of potentials goes on, outside of the realm of tax into social security, land registries, other areas of government, and beyond. A digital identity could capture health information, qualifications and more. The subject is discussed in more detail in a recent Institute for Business Value publication “The next evolution of digital identity: Scalable, secure and trusted digital credentials."

However, it is not just our identity that can be complex, it is the roles that we play. A person may also be a parent, carer, partner, employee, company representative and more. We may be a personal taxpayer but also the sole employee of our own business. We may be the employee of many organizations, and the recipient of benefits. We may act on behalf of other individuals or on behalf of organizations. These roles change over time, and one person may play multiple roles during one tax period.

Creating digital links between digital identities, and supporting connections and permissions between digital identities – individual or organizational – could make it possible for one person to act in several roles, and enable those with the correct authority to engage on behalf of a taxpayer (individual or corporate) as well as themselves. The use of other technologies such as rules engines, and even AI, could ensure a taxpayer is interacting in the right role. For example, if the tax application can detect a person’s location it could suggest which role would be right for them (e.g. the location is a person’s parent’s home, the role is carer). The digital identity can enable greater transparency: tracking the use of digital identities and the roles that are played can work to prevent fraud. Citizen-driven sharing of personal data could also support the tax administration to proactively offer additional services relevant to a citizen’s circumstances.

A digital identity greater enables an administration to truly transform rather than just turn existing physical processes into digital ones.

Some – such as the UK Government and IRS, with its Secure Access Digital Identity (SADI) – are on the journey to digital identity. SADI relies on trusted third parties for authentication of identity, and it can then be used to access some online services. A future phase for these organizations could consider how the person can have control of those credentials, and choose which data to share with organizations on a case by case basis.

Earlier in this post I suggested that digital identity was more than just an online account. Those will still be necessary and tax agencies must still protect entities in the hybrid cloud setup that is becoming the norm in governments. These accounts are the connections of individuals to the trusted services offered by tax administrations.

Whether we are considering the greater vision of digital identity, or the account that allows access to service, tax agencies must not forget those who find themselves on the disadvantaged side of the digital divide. This is not an excuse not to digitalize. Instead, this transformation for identity enables greater automation and frees up public servants to work with those who need help the most.

Who is the taxpayer? However they identify, a digital identity will mean they are empowered. Read our next blog in this series.

Image by xb100 on Freepik