Five Steps to Building an Evidence-Based Culture in Government 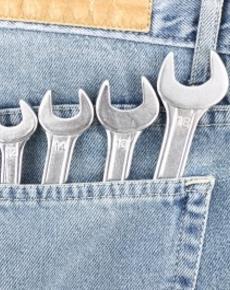 Wednesday, July 10, 2013
John Kamensky
OMB’s guidance to agencies on the development of their FY 2015 budgets promises that “OMB will issue a separate memo at a later date that encourages the increased use of evidence and evaluation, including rigorous testing of innovative strategies to...

OMB’s guidance to agencies on the development of their FY 2015 budgets promises that “OMB will issue a separate memo at a later date that encourages the increased use of evidence and evaluation, including rigorous testing of innovative strategies to build new knowledge of what works.” This encouragement comes on top of a foundation already under development in many agencies.

In addition to programmatic initiatives using evidence and rigorous evaluation to make funding decisions, OMB and agencies are undertaking a series of initiatives to build or expand the skills and capabilities of staff to be more evidence- and evaluation-based in their decision making.  In some cases, this requires money; but in many other cases it is a change in how existing work is done.  In addition, an interagency evaluation group focused on youth programs recently posted online a number of programmatic and evaluation initiatives underway or planned to advance the use of rigorous evaluation to improve the impact of programs serving at-risk youth.

Following are some steps underway to help build a foundation for evidence-based thinking in government:

Step 1:  Build Agency-Level Capacity for Evaluation and Data Analytics.  Agencies are building the infrastructure to conduct evaluations and analyze data and evidence.  For example, they are creating learning networks of evaluators from across the government to share best practices, such as developing common evidence standards and spreading effective procurement practices.  There are also multi-agency collaborations around enforcement programs, economic development activities, and financial literacy efforts.  In addition, some agencies are creating departmental-level evaluation posts, such as the Department of Labor’s Chief Evaluation Office, and empowering existing evaluation offices.  USDA is proposing the creation of a chief evaluation officer in the coming year.  The Chief Evaluation Officer at DOL, for example, coordinates an annual learning agenda with policy officials to ensure that evaluation dollars are focused on the most relevant questions.

Step 2:  Invest in Increasing the Amount of Evidence and Data.  Set-asides of funding in existing programs are being proposed in order to support program evaluations.  For example, a reserve fund of up to 0.5 percent would be created at the Department of Education, and the Department of Labor’s reserve fund, overseen by the department’s Chief Evaluation Office, would increase from up to 0.5 percent to up to 1 percent.  In addition, the 2014 budget proposes $6 million for a new Evidence-Based Innovation initiative within OMB to help agencies expand the use of innovation and evidence to support outcome-focused government.

Step 3:  Make Greater Use of Existing Administrative Data.  Efforts are underway to take administrative data already being collected and link it across agencies to help them better understand cross-agency outcomes. For example, states and localities could link data from early childhood programs to data from juvenile justice systems and K-16 education systems to produce statistical snapshots that previously might only have been available through costly long-term tracking surveys of cohorts of children. States and localities are leading by example in this area by participating in a foundation-funded initiative called “actionable intelligence for social policy” that links “data from across multiple systems so that researchers and government decision-makers can work together to analyze problems” in ways that safeguard privacy.

Step 4:  Create Incentives to Use Evidence.  In addition to building technical capabilities, OMB wants to create incentives for agencies to actually use evidence when making program and funding decisions.  One approach is to streamline access to waivers of administrative requirements in exchange for grantee commitments to collect data and conduct analyses.

A second approach is to create performance incentives for states and localities to use monies from existing formula grants to support evidence-based practices.  For example, the mental health block grant program at the Department of Health and Human Services would require states to target at least 5 percent of the funding they receive to “the most effective evidence-based prevention and treatment approaches,” according to OMB.

A third approach is to make matching grants to grant-making intermediaries based on evidence of the effectiveness of the programs to be funded. For example, the $138 million Social Innovation Fund in the Corporation for National and Community Service makes matching grants to grant-making intermediaries, leveraging $350 million in non-federal cash grants.

Step 5:  Create Agency-Level “What Works” Repositories.  According to OMB, Agencies are also expanding their “what works” repositories, such as:

–      Department of Education’s What Works Clearinghouse

–      Department of Labor’s Clearinghouse of Labor Evaluation and Research

The next step, according to OMB, will be to encourage agencies to work together to create “a common framework for judging evidence on the effectiveness of programs and practices.”

The array of different initiatives underway at the federal level to create common standards and approaches is largely concentrated in social services, housing, education, and workforce programs, but is poised to expand in other policy arenas.  Interestingly, with the growing federal interest in the use of evidence and evaluation, there is also increased interest by states, localities, non-profits, foundations, and universities.  This will be the subject of a future blog post!