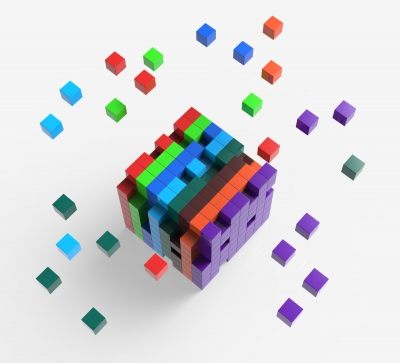 Monday, January 7, 2019
John Kamensky
Creating a culture of innovation in your agency can be a tricky thing.

A recent trend has been to set up an innovation office to be the catalyst for new ideas. These offices can be helpful starting points and an inspiration to employees across an organization. However, most leaders want to create a culture of innovation across their entire workforce, not just in an elite subset of employees.

Harvard professor Gary Pisano has studied what it takes to create an innovation culture in dozens of companies across the world and in a recent Harvard Business Review article he observes that “innovative cultures are seen as desirable . . . [but] are hard to create and sustain.”  He says five characteristics exemplify an “innovation culture” in organizations:

However, he says that implementing these characteristics in an organization is often misunderstood because creating a successful innovation culture actually requires embracing some seemingly paradoxical behaviors. He cautions: “Unless the tensions created by this paradox are carefully managed, attempts to create an innovative culture will fail.” Each of the five characteristics poses a paradox that leaders must embrace, he writes:

Paradox 1.  Allow tolerance for failure, but no tolerance for incompetence. Pisano cautions that “tolerance for failure requires having extremely competent people.” Failures provide valuable lessons for going forward, “But failure can also result from poorly thought-out designs,  flawed analyses, lack of transparency, and bad management.  Google encourages risk taking and failure because it can be confident that most Google employees are very competent.” He says that leaders need to clearly articulate “the difference between productive and unproductive failures.” . . .”we should be celebrating learning, not failure.”

Paradox 2. Be willing to experiment, but be highly disciplined about it. Pisano says that it is important to try many new things but equally critical to “establish clear criteria at the outset for deciding whether to move forward with, modify, or kill an idea.”  He points to Flagship Pioneering, a Massachusetts company that creates science-based new ventures, which runs experiments to expose an idea’s flaws, not to validate initial ideas.  He says that for Flagship employees, “Continuing to pursue a failed program means forgoing the opportunity join a winning one.” He also cautions that: “Demanding data to confirm or kill a hypothesis too quickly can squash the intellectual play that is necessary for creativity.”

Paradox 3.  Create psychologically safety, but be brutally candid.  Traditional management texts point to the importance of creating a space where employees feel safe in proposing new ideas or challenging existing processes.  But Pisano says “. . . psychological safety is a two-way street.” Each side must be safe to criticize each other. “Unvarnished candor is critical to innovation. . . . “ He says that in effective innovation cultures, “People are expected to be able to defend their proposals with data or logic.”  He also notes: “When it comes to innovation, the candid organization will outperform the nice one every time. The later confuses politeness and niceness with respect. . . . Accepting a devastating critique of your idea is possible only if you respect the opinion of the person providing the feedback.”

Paradox 4.  Foster collaboration, but demand individual accountability. Pisano says: “. . . too often, collaboration gets confused with consensus. And consensus is poison for rapid decision making and navigating the complex problems associated with transformational innovation.” He says: “Leaders can encourage accountability by publicly holding themselves accountable, even when that creates personal risks.” For example, he points to Johnson & Johnson executive Paul Stoffels, who told his employees: “You take the risk; I will take the blame.”

Paradox 5.  Be flat, but provide strong leadership. Flat organizations have few layers, but cultural flatness is “how people behave and interact regardless of official position.” Pisano says: “Deference is granted on the basis of competence, not title.” He continues, noting: “. . . flat organizations require stronger leadership than hierarchical ones. Flat organizations often devolve into chaos when leadership fails to set clear strategic priorities and directions.”

In concluding, Pisano say that building and sustaining an innovation culture that embraces these five paradoxes is hard because they require a combination of seemingly contradictory behaviors, which risks creating confusion. Staff will find that certain behaviors are easier to embrace than others, and some will not be able to adapt at all. And the hardest part is that

“innovation cultures are systems of interdependent behaviors, they cannot be implemented in a piecemeal fashion.”