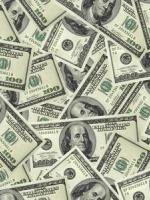 Sunday, May 9, 2010
John Kamensky
Was it a parade of stars or a suicide mission?

Was it a parade of stars or a suicide mission?  Last week I attended a one-day wonk fest on the country’s long term fiscal outlook, the “2010 Fiscal Summit.”  It offered a rainy forecast, with possible thundershowers and occasional tornados.  It was organized by the Peter G. Peterson Foundation, which is dedicated to educating the public about the looming fiscal decisions our country needs to make.

Participants included political and news media rock stars:  Bill Clinton, Bob Rubin, Alan Greenspan, Paul Volcker, Alice Rivlin, Peter Orzag, Leslie Stahl, Bob Schieffer, Gwen Ifill, and of course Peter G. Peterson and David Walker (who heads the Foundation).
The Foundation has been trying to put a spotlight on the nation’s increasing fiscal challenges in recent years, with documentaries such as “IOUSA.” But in recent months, it has been promoting the need to come to some decisions.  The recent creation of President Obama’s Commission on Fiscal Responsibility and Reform (aka The Deficit Commission) – which is to offer solutions by the end of the year – created an opportunity to showcase the importance of the need to act soon (after the Fall election, of course).  The co-chairs of the commission – Erskine Bowles and Alan Simpson – participated along with several members of the commission.
Defining Success.  Simpson referred to the commission's work as a “suicide mission” and that he held out hopes that “we may only move the ball a yard.”  However Bowles observed that success may well be at least educating the American people of the nature of the choices we face so they’ll put pressure on their elected officials to act.  He observed that “we need to develop citizen trust and confidence that this is not for political gain but to solve a problem.”  Both he and Simpson think that “we need a set of facts and figures that everyone agrees on, as a starting point.”  A low bar, but President Obama says he’ll support whatever the Commission agrees to!
Management Matters.  While most of the conversation centered on more taxes and fewer services, former President Clinton and OMB Director Orzag both offered a different path. Clinton said that we are facing the typical problems of every maturing society.  Once a society becomes successful, it becomes rigid and obsessed with security – economic, social, and defense – and these rigidities need to be overcome.
He observed that our current education, health care, financial, energy, defense, and tax systems are all rigid, highly inefficient delivery systems.  He says we have to dramatically change the way we deliver services in each of these systems.  He observed “Congress understands the problem but isn’t organized to deal with it.”  He thinks one option might be to create a super committee that over a two-year period puts in place the changes needed to deal with the long-term deficit problem.
Orzag focused specifically on the inefficiencies in the health care system, saying it is the biggest driver of the deficit.  He hopefully offered that the new legislation creates several institutions that will begin to shift the entire system from paying for the quantity of services to paying for the quality of services.  How these new institutions are stood up – the Medicare Advisory Board, the Payments Advisory Board, and the Innovation Center – will determine the success of these efforts.
Resources.  There are lots of places trying to market the facts and figures, and some solutions, but they don’t seem to be getting traction among the general public:
Next Steps. The Summit ended with a concrete step towards creating grassroots political attention (beyond the Tea Party) with the announcement of a simultaneous 20-city citizen dialogue on ways to fix long term fiscal challenges. The goal is to create “a shared sense of urgency,” noted Walker.
Maybe you’ll be one of the lucky ones selected to participate in one of these town meetings on June 26th (the Saturday before the 4th of July weekend!).  And in the meanwhile, the Deficit Commission plans monthly meetings through the end of the year.