Fiscal Sanity: Lessons from Around the World 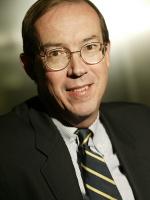 I was struck by several things.

Nearly all OECD countries have introduced discretionary fiscal measures. The size, composition, and proposed duration of stimulus packages vary widely across countries. The average OECD country introduced a stimulus package with a cumulated budget impact of more than 2.5 percent of GDP over the period 2008-2010.

OECD countries launching the largest packages in the 2008-2010 periods include the United States, Korea, Australia, New Zealand and Canada. The composition of these packages varies extensively. Some countries concentrate on tax cuts for individuals and/or businesses, or on increasing public spending and investment, and still other countries combine these measures. Countries whose packages concentrate strongly on public investment programs include Australia, Canada, Poland and Mexico.

The design, implementation and evaluation of these packages present unprecedented challenges for policy makers in OECD countries. Some of the challenges include:

In addition to questions of measurement and results, the Senior Budget Officials network discussed general approaches for an exit strategy to plan the transition to restore fiscal sustainability. As countries come out of the economic and financial crisis with a sharp deterioration of their public finances, they need a fiscal recovery plan to get their finances in order to reduce debt burdens before long-term pressures (especially aging and health care) hit with full force.

Many of the fiscal actions taken during the crisis, while appropriate at that time, would be harmful if they stayed in place too long. By 2014, debt ratios will be close to or exceed 90 percent in all G7 countries except Canada. It is thus critical to avoid surge interest rates that might be prompted by concerns about high debt ratios. The fiscal outlook is better for emerging economies, but it is unlikely that they would be shielded from a loss in confidence in public sector sustainability in the developed countries; as the recent crises has amply demonstrated, crises in confidence easily spill across borders.

The Senior Budget Officials believe that an exit strategy to plan the transition from the current levels of fiscal imbalances to more sustainable levels is clearly needed. The OECD Secretariat therefore presented a draft report with 18 lessons learned from countries’ previous experiences of fiscal consolidation that will be presented to the G20. Lessons #1-#12 were deficit reduction actions; lesson #13 focuses on reducing regulation inside government; lessons #14-#16 address reductions in public employment; lesson #17 deals with outsourcing; and the final lesson is “Yes, you can!.”