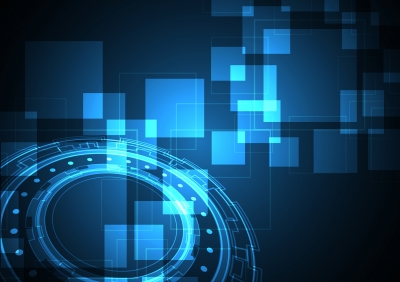 Thursday, April 4, 2019
John Kamensky
When looking to the future, which federal agency has the longest timeframe?

An intrepid band of foresight analysts from across the federal government met last week to continue their regular round of sharing insights and practices. The group quietly celebrated their fifth year of informally gatherings and the band of volunteers who organize the meetings announced the creation of a community website.

Five years ago, the group began to meet after recognizing a common need to share and create a network of foresight capabilities across government agencies, to learn from best practices, and to speed results – both formally and informally. Since then, there has been steady, quiet progress.

What Does the Federal Foresight Landscape Look Like?  Foresight community members with  the Environmental Protection Agency – Joseph Greenblott, Thomas O’Farrell, Robert Olson, and Beth Burchard -- shared survey findings from a recently published study they co-authored that describes the status of the maturity and institutional arrangements federal agencies have in place to conduct strategic foresight.  Some interesting takeaways:

What’s the Value of Strategic Foresight? Greenblott and colleagues write that “Strategic foresight is a planning tool to develop the critical thinking, planning, and management competencies for considering the impact of long-term uncertainties on near-term decision making.”  They further note that foresight is not about predicting the future so much as it is identifying plausible alternative futures.

In fact, the late leadership guru Robert Greenleaf said it is an ethical issue if leaders fail to “make the effort at an earlier time to foresee today’s events and take the right actions when there was freedom for initiative to act.” After all, foresight is about being able to perceive the significance and nature of events before they have occurred, and having the imagination to be prepared for what may come, regardless of which scenario occurs – it’s a mindset, not a process.

In federal agencies, the use of foresight reframed how agencies approached their strategic planning.  The Coast Guard, for example, undertook an increased emphasis on preparing for Arctic missions in 2005 when its foresight efforts suggested that climate changes would lead to the melting of the icecap and new competition for newly-opened water passages. And in the Department of Veterans Affairs, its foresight efforts are the foundation for building its quadrennial strategic plan, informs the development of its strategic objectives, and helps identify more than a quarter of its enterprise risks that need to be addressed.

A 2016 white paper by the National Academy of Public Administration endorses the value of strategic foresight and recommends institutionalizing the development and use of foresight in federal decision making by creating capacity at the White House level, the cross-agency level, and within each major agency.

Next Steps. The research study by Greenblott and his colleagues concludes: “foresight has taken root in the U.S. Federal Government” but cautions that while the level of activity has increased, it has not yet been institutionalized.  They note that agencies are in different places along the maturity scale. However, this steady evolution of foresight capacity in agencies fits into a broader context of piecemeal efforts to improve the decision-making support capabilities of federal agencies. For example, to date, there have been other capabilities added and institutionalized.  The Office of Management and Budget advocates the use of enterprise risk management, and Congress has passed legislation strengthening the use of strategic planning, and  the use of data, evidence and evaluation.  The key, though, will be to embed it into existing ongoing decision-making processes such as agencies’ annual strategic reviews of progress with the Office of Management and Budget.