Enterprise Government: How the Next Administration Can Better Serve Citizens (Part Two) 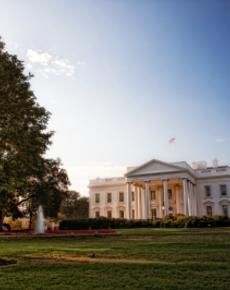 Monday, October 5, 2015
Dan Chenok
Alan Howze
On September 16, the IBM Center for The Business of Government and the Partnership for Public Service co-hosted a Roundtable to discuss how agency leaders can coordinate and integrate activities to drive successful outcomes for the next Presidential term.

This blog is a continuation of our first blog on Enterprise Government, which presented an introduction on Enterprise Government and highlighted a number of challenges for the next Administration to address.  In this blog, we will present the key findings and recommendations in each of four areas to spur a government-wide approach to solving problems.  These action areas include:

2.     Evolving Role of Cross-agency Institutions – leveraging and rationalizing the growing number of cross-agency institutions that have evolved in law and practice over the past two decades.

3.     Collaborating to Drive Mission Outcomes -- effectively coordinating activities can deliver strong mission outcomes, whether in response to a crisis or in ongoing management of multi-agency missions.

4.     Integrating Mission Support Operations – building on integrated approaches to back-office efficiency that are based on commercial best practice, including shared services, e-government, benchmarking, and strategic sourcing.

Conclusion – Getting It Done

As with each Roundtable discussion that is contributing to the Management Roadmap, the Roundtable also addressed key enablers – how to accomplish the collective wisdom discussed above.  These enablers leverage three channels:  people, process and technology.

People.  Among the most important areas of focus builds on the second Roundtable, which addressed how to build talent among leadership ranks. At the Enterprise roundtable, the importance of effective leadership to collaboration and integration was repeatedly emphasized.  Enterprise government requires two types of leaders:

Process.  The current FedStat model could be applied to cross-agency priorities; this approach would involve a regular convening of accountable leaders to measure progress in a transparent and consistent fashion.  OMB can drive results of FedStat and similar reviews into the review of strategic objectives, agendas for cross-agency institutions, and topics for mission and mission-support integration – perhaps reinforced by focus at an annual Cabinet-level meeting, to build support from agency heads.

When the next Administration takes the reins, they will find a federal government that can build on efforts across multiple Administrations to create a more connected and integrated government. Next summer and fall, as transition teams develop their plans, they can accelerate delivery on the President’s priorities by making enterprise government a core management priority.