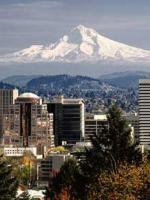 Tuesday, October 12, 2010
How do you create a collaborative data collection and performance reporting system involving a range of stakeholders in communities, watersheds, or land restoration efforts?

Jeff Tryens, the former director of the Oregon Progress Board, conducted a survey for Metro, which is Portland, Oregon’s area regional government, to find out.  He surveyed over two dozen existing programs to identify best practices in developing and using community-level indicator systems to “inform, engage, intervene, or fund” efforts to jointly improve the results communities (not just governments) seek to achieve.  This could include economic development, social safety nets, safety, education, and/or the environment.  In fact, many of these efforts are supported by foundations and non-profits, not by government.

The use of community indicators has grown significantly in recent years, and there is now an active national community of practice sharing best practices, the Community Indicators Consortium. This effort has spurred the development of a national indicators system.  Some states (and potentially new governors) might find Tryen’s results of interest as they consider developing similar approaches to getting big things done.

He found some interesting survey results:

But even with effective partnering, Tryens says, “there’s no silver bullet.”  Only half of community indicator efforts self-assess their efforts as being very effective at improving community well-being overall.