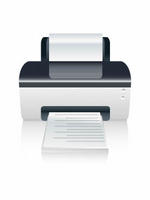 Friday, December 14, 2012
Gadi Ben-Yehuda
How the next stage of 3D Printing will create a new market space, how governments can benefit, and what they need to do now to spur its growth.

Last week, I wrote about 3D Printing Plus and the creation of a market place that I call “Products-on-Demand” (hereafter, "PonD")  This week, I’m going to write about what that market will look like in, say, five years when it’s much further along.  Specifically, I’m going to explore what the technology will enable (with emphasis on some of the other trends I’ve detailed: always-on connected computers and networked sensors); how people and companies will use that technology for personal and professional ends; and government’s role in fostering and participating in the space.

What the technology will enable

Right now, you can use a few different materials for 3D printing, ranging from chocolate to glass to skin. You can even print a single form out of many different materials. But the real revolution will start when users will be able to design and print electronics—especially those with semiconductors (researchers are already moving down this road).

Amateur and professional engineers who have access to 3D printers will be able to design or adapt objects that will be able to complete very specific tasks, upload their files to sites like ShapeWays or ThingVerse, and either sell the files or the printed objects or give the designs away.

What makes this so exciting is that the raw materials for many advanced objects are literally all around our homes and offices: that old cell phone? It has a battery that can be scanned and used to power a new device.  The computer mouse no one uses? It has a laser.  Your calculator from senior year?  Photovoltaic cells. All of these are standard parts that can be incorporated into designs and used to make objects that can perform advanced tasks.

The difference between 3D printing and Products-on-Demand is the difference between fabricating a model of the Eifel Tower and making a spider-legged, self-propelled housing for a camera phone and attaching it to some spare speaker wire to enable live video feeds in previously-inaccessible locations.  From 3D printing, we get a handful of Lego Masters.  From PonD we unleash an army of McGuyvers.

How entrepreneurs and businesses will use the technology

Much as iTunes and Google’s Android Market have proven to be a boon both for start-ups and well-established companies, the emerging market for physical objects is likely to become a vibrant spot in our economy.  Inventors may create Products-on-Demand based on the Freemium model, or they may sell the designs, or they may create products only in response to RFPs from the government or private-sector companies.  They might also create objects on spec.

Imagine an inventor using spare parts (cell phone cameras, for example) open-source software and adapted open-source design to create a small robot that crawled along air ducts using thermal imaging to look for leaks.  Network that device into a building’s smart grid, and GSA and IBM might build the purchase and deployment of that device into their Smart Buildings project.

One of the most powerful aspects of PonD is the same as in a software market: as the product is essentially code, it can be created once and “shipped” instantaneously anywhere in the world.  Further, upgrades can be made and sent out as soon as new capabilities are required or developed.

The government’s role in fostering and participating in the space

In my next article, I’ll show how PonD benefits government leaders in the three tasks that are central to this series: Real-time data collection and analysis to drive decision-making; Efficient use of physical and communication networks; and Managing citizen participation in agency activities.

Before I can delve into those, however, it is necessary to discuss how governments at all levels can play a role in helping the PonD market develop.  Here are five activities that governments can do now:

As this market develops, it will become every bit as essential to the economy and to our society as the app market is now.  And PonD will touch as many aspects of our daily lives as Software as a Service does now, which is to say, just about everything.