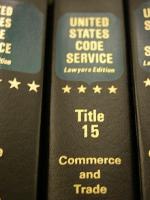 Wednesday, December 1, 2010
“Rulemaking is one of the most important and demanding jobs of the federal government,” says former White House official Sally Katzen. But, she notes that its operation is stuck in a 1946 law. She says “don’t tinker at the margins,” and two weeks ago legi

Yesterday I attended what I thought would be a yawner – a Brookings seminar on e-rulemaking.  But it turned out to be a carnival of different professional streams – administrative procedures lawyers, citizen engagement advocates, technology experts, transparency advocates, and regular civil servants trying to get their jobs done.  They even created a Tweet stream - #erulemaking!

The Big Picture.  OMB’s Cass Sunstein laid out a high-level picture of what the Obama Administration is trying to do to improve analysis and expand transparency in order to provide information to the public that it can both find and use.   He said it was important for agencies to get feedback so they can develop a clear understanding of the potential impact of proposed rules, and that “policies are not based on speculation and guesswork.”

He offered a series of fixes to the existing system.  For example, he touted RegInfo.gov, a dashboard his office created that serves as “an easy-to-use website that will allow people to track the progress of federal rules and regulations that have been submitted for interagency review and find other relevant information about the Office of Information and Regulatory Affairs (OIRA).”

Some of his fixes were more prosaic – developing a common taxonomy and protocol for naming documents. He also says OIRA will identify best practices, and will be posting a webpage with examples in the next week or so.

One panelist at the conference was Neil Eisner , an e-rulemaking advocate at the Department of Transportation. He offered a number of challenges the administrative community is facing in moving forward.  For example, whether commenters can be anonymous and given privacy, whether agencies can censor obscene comments, and whether an agency may post copyrighted material.  He said there are no governmentwide solutions, but each agency is coming up with fixes.

But others at the conference said the community needs to go beyond fixes to a broader scale of transformation.  Sally Katzen, a former White House official, pointed to an American Bar Association study she chaired, “Achieving the Potential:  The Future of Federal e-Rulemaking,” which recommended a transformed, redesigned system that did not depend on centralized models of information sharing but rather common open standards.

The Evolution of E-Rulemaking.  During the 1990s, several federal agencies created their own electronic rulemaking systems.  OMB began promoting a governmentwide electronic rulemaking and a common electronic docket for pending rules eight years ago.  Its cutting-edge effort to date has been the creation of Regulation.Gov, a public-facing website where agencies can post their proposed rules and users can find, comment on, and track rules under development.  It is supported by the back office Federal Docket Management System.

Some states have attempted to replicate the federal effort.  For example, Virginia Townhall is an example of how a state government offers similar comment capabilities and forums.  One Brookings speaker, Scott Pattison, a former state government official, said the states – and federal agencies – face four challenges when implementing an e-rulemaking systems:

Earlier this year, I blogged about how the Department of Transportation piloted a more citizen-friendly approach to engaging the public in the development of a rule using a university-developed site, regulationroom.org.  The existing system has been seen as clunky by some observers (see the Centers for Medicare and Medicaid site as an example).  Some agencies provide their own rulemaking websites, such as EPA’s Rulemaking Gateway.

The New Senate Bill.  Senators Joe Lieberman and Susan Collins introduced legislation that could lead to the kind of transformation proposed by Sally Katzen.  It creates a program management office, an interagency committee, an advisory committee, and directs the independent agencies to participate.  It also authorizes central funding so the effort doesn’t have to go hat-in-hand to various agencies for support.

The bill won’t likely get addressed in the next few weeks, but will serve as a starting point for the new Congress next month.

It’ll be interesting to see if this new attention leads to better public engagement!  The people in the room at Brookings certainly were!

ADDENDUM:  Forgot to note that the Oreganization for Economic Cooperation and Development (OECD) in Paris have launched an on-line conversation about open government and e-rulemaking.  You can join in virtually, if you can't visit them in person!