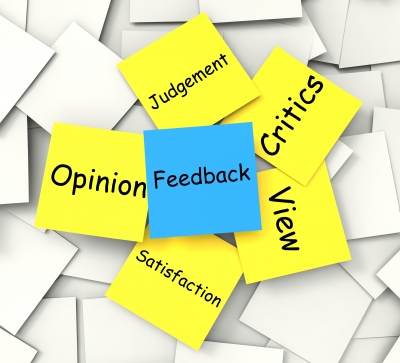 “In the last six months, my supervisor has talked with me about my performance.” was one of the highest rated responses – at 81 percent – in the 2018 governmentwide survey of federal employees. But how did those conversations go?

A recent study in the Harvard Business Review, by the noted talent expert Marcus Buckingham and Ashley Goodall, a senior vice president for leadership and team intelligence at Cisco, put the brakes on the time-honored advice to provide “candid feedback” to employees in order to improve their performance.  They caution: “Managers can’t ‘correct’ a person’s way to excellence.” They say that those who work “in a climate of continual judgment are condemned to mediocrity” and that the fetish with feedback, at best, will correct mistakes, but at worst, it creates a toxic environment to work in.

“We’re the Source of Error.” They found that the time-honored premise that feedback is viewed as useful based on three theories that are seen as accepted truths in the business world:

However, Buckingham and Goodall say that all three theories have been debunked by empirical research.  They say: “The first problem with feedback is that humans are unreliable raters of other humans.” And studies show that “people do not have the objectivity to hold in their heads a stable definition of an abstract quality, such as business acumen or assertiveness, and then accurately evaluate someone else on it.” As a result, they conclude, “feedback is more distortion than truth.”

Furthermore, they say that, as leaders: “We think we are a source of truth. We aren’t.  We’re a source of error.” . . . All we can do “is share our own feelings and experiences, our own reactions.”  . . . We may not be able to tell someone where they stand, but we can tell them where they stand in relationship to us.

Create a Learning Environment. Buckingham and Goodall write: “Learning is less a function of adding something that isn’t there than it is of recognizing, reinforcing, and refining what already is .. . . each brain grows most where it’s already strongest.”

They say their research finds that “Focusing people on their shortcomings or gaps doesn’t enable learning. It impairs it. “. . . learning happens when we see how we might do something better by adding some new nuance or expansion to our own understanding.”   . . . “we learn most in our comfort zones” . . . that’s where we are “most creative, insightful, and productive.” In other words, you become brilliant by finding out what works and amplifying that.

How to Help People Excel.  Instead of focusing on feedback to correct an individual’s performance, focus on what works – “each person would improve his performance most if he could see, in slow motion, what his own personal version of excellence looked like.”

Replay your instinctive reactions to a situation where a colleague has done something really well. Buckingham and Goodall say: “The key is not to tell someone how well she’s performed or how good she is. . . Instead, describe what you experienced when her moment of excellence caught your attention.” It isn’t praise, a judgement or a rating, but rather it is a replay of a situation. As a result, she will understand what excellence looks and feels like from your perspective.

There may be cases when people ask for feedback on their performance. Typically, they are dealing with a problem that is in the present. Instead of giving them the solution, ask them to describe three things that are working for them now. These may not be related to the situation at hand, but it does get them to think about things that are going well. Buckingham and Goodall say this will trigger positive brain chemistry that will make them open to new solutions.  Next, ask if the problem situation has happened in the past and what they did to address it. Then, turn to the future.

Offer your own personal experiences, what you learned, and why.  Ask them what they’d like to see happen, and what actions they could take now to make that happen.  This way, the employee solves the problem through learning. And your role is to help them find what works, not try to fix a deficit.  After all, Buckingham and Goodall say, “What sounds like good advice to you could be crap and not helpful to someone else.”