Digging Out of a Digital Stone Age 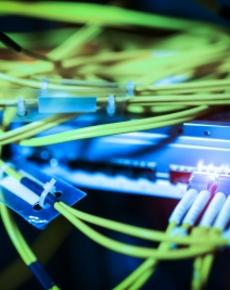 Thursday, March 2, 2017
John Kamensky
About 75 percent of the federal IT budget goes to maintaining outdated legacy computer systems, according to GAO. Some are over 50 years old, yet critical – such as the main IRS tax data base and the nuclear missile launch system.

The Government Accountability Office study went on to note: “Agencies reported 3,427 IT staff employed just to maintain legacy-programming languages, such as COBOL (1,085) and Fortran (613).”  In addition, the Office of Management and Budget recently observed that “43 percent of federal IT projects are reported to be over budget or behind schedule.”

These problems are not rooted solely in the lack of dollars.  OMB notes that the continued reliance on “waterfall” project management methods results in inflexible, multi-year specifications that are often outdated by the time an IT project is ready.  In addition, there is a shortage of tech talent in government because it is hard to recruit, hire, and retain specialists.  Finally, OMB reports that there are multiple barriers for IT vendors to enter federal marketplace vs. doing similar work in the commercial space.

These challenges are not new, but are not the norm.  Technology trends in the commercial world vividly show that it can be done effectively and efficiently.

Background.  At its outset the Obama Administration pinned its hopes on the use of technology to modernize government. It started with an effort to put its arms around the existing set of systems.  In 2009, OMB created a Federal IT dashboard and used TechStat review sessions to monitor major underperforming IT investments on a monthly basis at the project level.  It then shifted the leadership of the TechStat reviews to agencies in 2010.

In 2010, then-federal Chief Information Officer (CIO) Vivek Kundra launched an ambitious “25 Point Plan” to reform federal IT management, based in part on what it learned in the prior year from its reviews. This initiative included a shift to shared services, cloud technology, better program management, the continued use of IT dashboards and TechStat reviews,  and better links between the acquisition and technology cycles. One initiative, to reduce the number of data centers across the government, led to more than 3,000 closings or consolidations with savings or cost avoidances of $2.8 billion as of fiscal year 2015, according to the Government Accountability Office, with a total projected savings of $8.2 by fiscal year 2019.

By 2012, the IT review process expanded to provide an enterprise-wide view of each agency’s IT investment via a new set of reviews called “PortfolioStat.” The goal was to identify duplicative IT investments across agencies. By 2015, this shifted from annual discussions at the deputy secretary level to quarterly meetings with agency CIOs.  Also, a Digital Government strategy was launched that year, with significant involvement of the cross-agency CIO Council, and under the leadership of the then-federal CIO, Steve VanRoekel.

The troubled healthcare.gov roll-out in 2013 led to a “60-day sprint” assessment of what went wrong and what needed to be changed to avoid something similar in the future.  This led to OMB’s assessment that the federal government was short on three sets of critical capacities:  people, procurement, and processes & practices. These formed the key objectives of the 2014 Smarter IT Delivery Cross-Agency Priority (CAP) Goal. There was momentum on these objectives before they were designated to be part of the CAP Goal (e.g., creation of the US Digital Service and 18F to fill critical talent gaps), so the CAP Goal wasn’t necessarily a forcing function but rather serves as a monitoring and implementation mechanism.

After the CAP Goal was established, new leaders came on board: Tony Scott vice Steve VanRoekel as federal CIO; Megan Smith vice Todd Park as federal Chief Technology Officer; and Mickey Dickerson to lead the newly-formed US Digital Service. They became co-leaders of the CAP Goal, along with Sloan Gibson, deputy secretary of the Department of Veterans Affairs.   They didn’t restrict themselves to the original goal, largely because a major IT reform bill was passed (the Federal IT Acquisition Reform Act- FITARA) and its implementation became a major factor in their priorities.

Objectives of the CAP Goal.  The Smarter IT Delivery CAP Goal was launched in 2014 to “eliminate barriers and create new incentives to enable the federal government to procure, build, and provide world-class, cost-effective IT delivery for its citizens, and hold agencies accountable to modern IT development and customer service standards,” according to its leaders.  They concluded that the best way to do this is by focusing on three core objectives:

Governance Structure.  As noted, four individuals were designated as co-goal leaders.  But in practice, the group tended to serve as senior-level stakeholders in the annual “deep dives” on progress and direction.  Federal CIO Scott and US Digital Services director Dickerson were the de facto leads for this CAP Goal.  VA’s Gibson became involved because a “best practice” for the overall CAP Goal process is for each goal to have an agency partner.  VA was selected in part because it was committed to IT delivery reforms and had actively worked with the US Digital Service on several projects.  VA also had stood up one of the first agency-level digital services shops.

Progress to Date.  While the Smarter IT CAP Goal team focuses on a wider range of issues than originally specified in the 2014 CAP Goal, there was targeted attention to the original three key objectives:

Objective 1:  People.  The US Digital Service was created in 2014 to hire a critical mass of high tech senior executives into the government for a temporary tour of duty.  This team of experts works with agencies to modernize and improve citizen-facing services.  It current employs about 200 digital experts from top private sector tech companies that team up with federal employees in agencies across the government to resolve design and implementation challenges that the agencies have struggled to address on their own.

Objective 2:  Procurement.  The US Digital Service and the Office of Federal Procurement Policy in OMB have partnered to develop a cross-agency digital IT acquisition professional community.  According to OMB: “Program participants learn about agile software development methodology, cloud hosting, and . . . integrating system operations with application development teams and processes.”  To date, there have been 54 graduates from the program and they see themselves ready to tackle IT acquisitions at their home agencies.

In addition to developing IT acquisition talent, the Smarter IT CAP Goal team has helped resolve specific sticking points in the procurement process.  For example, it helped streamline the process for small businesses to do business with the federal government by lowering the average time to electronically register to 3 days.  In addition, GSA’s FastLane acquisition program reduced the average time to award an IT-related contract from 110 days to an average of 35-45 days.

Objective 3:  Processes and Practices. According to OMB, by November 2015, the use of new accountability tools and processes such as the IT Dashboard, agency-level TechStat reviews, and the broader PortfolioStat review sessions had led to $3.44 billion in savings since FY 2012.

In addition, the Smarter IT CAP Goal team has worked with a range of partners to release a series of playbooks and other resources to help agencies improve their digital services.  These include:

These guides are open source and publicly available so states and localities can benefit from them as well, and they are “living documents” that can be continuously updated.

Examples of Success.  Interestingly, when asked about the end results of the Smarter IT CAP Goal, US Digital Services staff  highlight the ultimate impact, not just the progress within each of the three core objectives.  For example, this resulted in:

Next Steps.  In 2016, then-CIO Scott championed the need for a governmentwide IT Modernization Fund that would provide for upfront capital planning and the investments needed to support modernization in the face of the irregular federal budget approval cycle. This self-sustaining Fund would support the replacement of legacy systems with newer, less expensive systems.  While not approved by Congress, it is still seen by many as a logical next step for smarter IT service delivery.

In addition, the recently released “State of Federal Information Technology” report is a potential guiding vision going forward.  It outlines a framework for the next steps to improve IT delivery, based on the progress made to date, and offers an updated set of key objectives that could be incorporated into the current or future IT CAP Goals.  These include: adopting a stronger focus on customers, improving program execution, organizing around outcomes, and acting as an enterprise.

Together, the steps taken to date via the Smarter IT CAP Goal initiatives and the guiding vision recently developed by the federal tech community can both serve as a foundation for the new Administration.  The commercial world has validated what is possible if technology systems are modernized.  When done effectively, modernization can both improve services and save dollars.

Note:  This is the ninth in a series about the progress of the 15 Cross-Agency Priority Goals first set in 2014.