The DATA Act and Transparency: 4 Ways that Industry Will Benefit 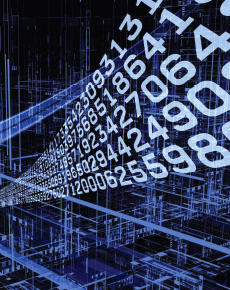 Thursday, May 15, 2014
Dan Chenok
Greater focus on transparency of public sector spending data will help improve the functioning of government in multiple ways. Industry can benefit by helping government to implement this important management statute well.

Late last week, the President signed into law the Digital Accountability and Transparency (DATA) Act.  As summarized by the Administration’s release statement, the DATA Act will

The DATA Act is the latest addition to a list of federal management statutes enacted over the past 50 years affecting information, transparency, and financial data – a list that includes:

The DATA Act builds on this legislative track record, as well as policy initiatives to further the cause of open data and open government in this and prior Administrations.

Furthermore, the DATA Act is not just, or even predominantly, about actions being taken within the government.  Much of the Act’s impact will be how recipients of government funds leverage transparency to improve the government marketplace, and how entities with a stake in how those funds are used enhance accountability by focusing on how well the programs serve their intended beneficiaries.

Prior to Presidential signing but the day after the Congress passed the bill, I participated in the “Data Transparency Summit”, joining a panel of industry stakeholders to discuss what the law would mean for industry.  For industry, this involves several roles:  partner, provider, reporter, and consumer.   Specifically:

Ultimately the measure of success for implementation of the DATA Act and other spending transparency efforts rests in how well these efforts help to improve outcomes that agencies deliver, often working with industry partners.  By working collaboratively with government as the law moves down this road, industry can deliver real value throughout the process.