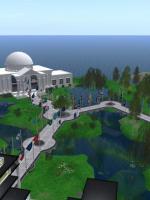 Wednesday, April 6, 2011
When I worked for Vice President Gore’s reinventing government initiative, he told us “don’t move the boxes, fix what’s inside the boxes.” He also talked expansively about creating “virtual agencies” organized around the needs of each individual citizen.

We had no idea what he was talking about when he was describing the Virtual Department of Mary Washington (one of his constituents when he was the senator from Tennessee).  But he was just ahead of his time (and clearly ahead of where the federal government was in the early 1990s).  Since then, several countries have tried to create virtual agencies, most notably Canada, Australia, and Belgium. The IBM Center sponsored a study of what these countries were doing and found they were making progress, but were clearly in the early stages of realizing a long-term vision.

What are some things to think about if the U.S. decided to take this approach?  After all, today the technology, data, and tools exist to overcome the coordination challenges that stymied earlier effort to create a single face to government’s customers.

The most recent effort to create a single access point for citizens seeking government help has been the federal government’s Benefits.Gov site, which is a questionnaire-driven site that asks you a series of questions and then based on your answers, it provides links to various federal services – sort of a sophisticated version of Google.

But if services were to be actually integrated, here are four elements that will need to be sorted out:

Create system-wide goals and a governance structure. What should be the scope of any virtual agency?  Sorting this out first will be important, even if it is only a pilot, so there can be a building-block approach.  This means targeting a policy arena that has a common outcome – trade, food safety, climate change, improving health outcomes, etc.  The focus would be on identifying and integrating the programs and services that support a common outcome, and then organizing policy-making and system-level governance around those outcomes.

An example might be the use of “national strategies,” such as the National Pandemic Strategy.  Interestingly, the recent amendments to the Government Performance and Results Act provide a new mechanism to do this.

Integrate front-line service delivery.   An alternative to “moving boxes” on the organizational chart is to focus on improving the program delivery system by organizing services (not programs) around common customers.  This would require an effort to clearly define common customers, services, and administrative processes, and find ways to integrate them or overcome barriers to working seamlessly.  Some of these steps may be administrative, some may be technical, and others may require legislative “harmonization.”  The Service Canada and the Australian Centrelink systems are examples of how a virtual agency can be created to deliver seamless services electronically or in-person.

Standardize back office functions.  One of the biggest deterrents to collaboration at the front line is the ability to share administrative resources and processes across agency boundaries.  Making collaboration easier can dramatically reduce transaction costs.  There have been efforts to standardize and streamline common back-office functions, such as travel, payroll, acquisition, technology, etc.  This allows front-line staffs in mission areas to engage in ad hoc networking and collaboration.  This approach has the added long-run benefit of reducing overall administrative costs, as well.

These efforts are largely inspired by the experience of corporate business practices, which have used such efforts to reduce costs, but found that they also improved internal collaboration as well as valuable business partners (see, for example, Groupon!)

Streamline mission-related regulatory processes.  In functional or policy areas that have a significant regulatory function, the recent presidential executive order on regulatory review should be integrated into any reorganization review.  For example, trade and exports have a regulatory component. Since the regulatory processes faced by customers of such services likely vary from agency-to-agency, having a common regulatory approach may be of importance to them when doing business overseas.  Also, the president’s recent memorandum on increasing the use of flexibility in managing and delivering services could also be a useful tool for improving processes as they affect a user of federal services.

Vice President Gore’s reinventing government initiative on regulatory reform found, in interviews with business leaders, that they were less concerned about the regulations themselves than they were concerned about how the regulations were being implemented and enforced.  Providing a more “common sense” approach to regulatory implementation may be seen as important, by them, as any structural reorganization.

Just FYI, in looking back, I seem to have written one blog post a year about reorganizing government, all touching on the “virtual” concept.  Here’s links to these earlier posts.  Note that I’ve now written two in 2011!

Using Czars and Commissions to Govern (2009)

On Federal News Radio, too!