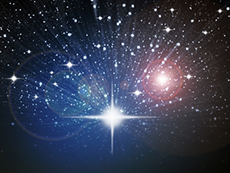 Monday, April 8, 2013
John Kamensky
Does it make any sense for the government to think long term? One agency, NASA, developed a 200-year strategic plan, at one point. They engaged futurists and science fiction writers to help develop a plan for interplanetary exploration. Maybe it makes sense for NASA, but what about other agencies?

Strategic foresight is not futurist forecasting, nor is it the sole purvey of Popular Science magazine, the World Future Society, or the Jetson Family. It is about having the imagination to be prepared for what may come, regardless of which scenario occurs – it’s a mindset, not a process.

A fledgling group of strategic foresight advocates from a range of federal agencies gathered a few weeks ago to share with each other how their agencies were looking down the road, beyond the next 3-4 years, which is the timeframe required in law for traditional agency strategic plans. In fact, many were looking out as far as 20 – 25 years. They were not trying to predict the future so much as to understand the implications of various scenarios their agencies might reasonably face in a longer time frame.

For some, like the Department of Veterans Affairs, undertaking a strategic foresight initiative makes obvious sense. Its foresight lead, James-Christian Blockwood, says the VA can readily anticipate what demands for services they will likely face, given the aging of the veteran population. They can chart the evolution of medical technology, and how services can be delivered (e.g., long-distance telemedicine vs. in hospital care).This can help them ensure they have the right mix of health and benefit services for their populations, when the time comes. And in some cases, making changes now could preclude an undesirable future scenario (e.g., better preventive care for diabetics today could prevent the need for dialysis later).

The military has a long tradition of developing future scenarios of global challenges facing the nation and what capabilities we would need to respond. This is especially is important when the lead time for developing new ships, subs, and aircraft can take a decade or more. Their more mature foresight methods may provide useful insights for civilian agencies that are just undertaking such efforts.

Some individual agencies are doing some interesting things, and presented at the forum:

U.S. Coast Guard, Office of Strategic Analysis. The Coast Guard began its foresight efforts in 1998. Its most recent effort, called Project Evergreen, relies on the use of “alternative futures” scenario-planning and is “designed to deal with ambiguity.” The Coast Guard identified scores of drivers and trends that would affect their mission and distilled them into five “worlds” or scenarios, to determine what capabilities they would need to have in place in years to come. The intent is to get leaders to stop thinking incrementally and start thinking exponentially. In fact, this approach is being institutionalized among all Coast Guard flag-rank officers; for them, foresight is not seen as a process so much as a way of thinking.

U.S. Marine Corps, Strategic Visioning Group. The Marines historically have been comfortable with looking ten years out and linking their efforts with the Defense-wide Quadrennial Review and joint operations with its sister military services. This group, however, has been pushing the vision further out into the future by identifying a range of different world-view scenarios. Interestingly in the past, as in any large organization, there was an “overwhelming desire for a product for a product’s sake.” However, a recent reorganization has integrated the Marines’ strategic visioning efforts into a new directorate that spans the near-term Warfighters Lab with the long-term future assessment initiatives, and raised its visibility with a flag-ranked officer at the helm.

Other civilian agencies also have foresight efforts underway, including the Federal Emergency Management Agency, the Bureau of Prisons, the Department of Homeland Security, and a cross-agency Federal Health Futures Group. Interestingly, even the Government Accountability Office develops future scenarios – but it focuses on the fiscal health of the federal, state, and local sectors.

Creating a cross-agency community of strategic foresight experts is not a new idea. An early effort in 2001 faded, but there is a renewed interest. In an earlier blog post, I highlighted a recent report prepared by George Washington University’s Leon Fuerth, Anticipatory Governance, where he offered an action agenda for equipping the executive branch to “cope with increasing speed and complexity of major challenges.”

Afterwards, VA’s Blockwood, who helped catalyze the foresight forum, summed up his insights:

Are foresight initiatives unusual? Not really. In fact some states have such initiatives, such as the Council on Virginia’s Future, and other countries, like Canada, have created a governmentwide agency – Policy Horizons Canada — that focuses on foresight. According to a recent study, the most sophisticated approach has been developed by Singapore, which involves all of its senior leaders in its foresight initiatives.

Given all the attention on the short-term effects of budget cuts, maybe it is time to take a longer view!