Creating a Problem-Solving Network (Part I) 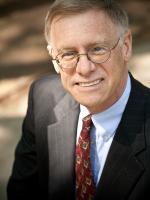 Tuesday, May 25, 2010
John Kamensky
A group of like-minded people from across a range of agencies met to discuss how they might create a collaborative problem-solving network around implementing their agencies' Open Government initiatives. They raised, but didn't resolve, a range of importa
The Obama Administration says it wants to create “problem solving networks” across the government. Well, yesterday a group of like-minded people from across the government convened to discuss creating just such a network around the implementation of agencies’ Open Government Plans.
While there is a formal cross-agency Open Government Working Group, many people at the staff level seem to feel excluded and see a need to develop their own network. Many say their agency’s Open Government representative don’t consistently share what happens at the meetings, and that they want to connect with others across the government to both learn and share best practices. They also want to be able to collaborate with interested non-profits, as well.
So Lucas Cioffi, with PBworks, has stepped up to serve as a catalyst for this bottom-up effort. He works with agencies and other groups, such as the National Academy for Public Administration and GovLoop, to sponsor workshops. To date, he has helped organize monthly sessions to help agencies learn from each other about developing their Open Gov plans, and created a wiki site, www.opengovplaybook.org, where participants can share best practices.
The Conversation. The effort to create a community started with a conversation among about 50 participants on what the best vs. worst vs. likely results might be in creating an Open Gov community.
The worst scenario was that it could evolve into an elitist, walled-off, DC-centric group centered on compliance issues around the Open Government Directive. The best scenario was that it would extend access to a wider audience and be a champion across the government that would provide practice best practices and change the culture of agencies to be more open
There were conversations about organizing it around mission areas to better engage line managers (e.g., law enforcement, national security, regulatory, services), or around common processes and tools (e.g., customer service, use of IdeaScale, use of Twitter).
The group also discussed common issues, such as the need for identifying and training leaders, how to manage public comments, and how to manage data sharing efforts. It surfaced needs such as the importance of getting feedback on how agency data are being used by the public and the need to create a demand among software application developers to use newly-released government data sets.f
The group also discussed – but did not come to consensus on – the value of developing top-down standards around selected processes (such as the use of on-line IdeaScale dialogues) and the value of bottom-up development of initiatives that are mission- or outcome-related.
It also discussed whether the network should be internally-focused, such as developing tools and fostering training, or more externally-focused, with an emphasis on engaging the public and web application developers.
While the group did not develop a solution, it has laid out many of the issues that typically face the creation of a bottom-up, collaborative community. Tomorrow, I’ll share some of the steps others have followed in successfully creating a problem solving network.