Creating a Performance and Results Culture 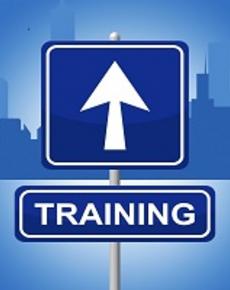 Wednesday, March 25, 2015
John Kamensky
How do you create a performance-and-results culture in your agency?

Background. Over the past two decades, the performance movement has made steady progress. It has resulted in a focus on performance and results via strategic and annual operating plans, a supply of performance information to track progress of these plans; a demand for performance information via quarterly reviews of progress on priority goals and annual reviews of strategic objectives; and an infrastructure with chief operating officers and performance improvement officers. The movement has even contributed to efforts to use analytics and evidence-based decision-making approaches, which a number of agencies are pioneering at all levels of government. But most of the progress has been in creating performance data, and the development of numerous collection and reporting processes. The movement has not yet cracked the code on how to embed a performance and results orientation in the day-to-day operations of frontline and headquarters staff. There are isolated examples, such as the Patent and Trademark Office uses performance management approaches to handle its workloads. However, this push for digestible information has led to a demand for new skills - and a need to change attitudes and behaviors of staff and managers, so they see data as a benefit, not a burden. A recent IBM Center report looks at how one state government agency - New Jersey's Department of Children and Families - has attempted to do this via an ambitious training program for staff at all levels in the agency over the past five years. According to the report, staff have embraced the approach and their efforts have resulted in measureable changes in the safety and wellbeing of at-risk children and families. But what about the federal government? There have been ad hoc efforts in some agencies to provide training in the development and use of data in making informed decisions. Some agencies have dedicated offices to conduct analytic assessments. Others have relied on outside contractors. And a few have attempted to engage employees in measuring and improving performance with initiatives such as Lean Six Sigma. But more recently, the cross-agency Performance Improvement Council (PIC) has created a pilot program to engage career employees in the use of performance information in their workplaces. The Performance Enthusiast and Ambassador Program. Dubbed the "Performance Enthusiast and Ambassador Program," its goal is to create an "army of like-minded people who incorporate performance management into their work in their agencies," according to the program's manager, Bethany Blakey, with the PIC. A sub-goal is to help energetic federal employees at the GS 11-14 levels who have little experience with performance management concepts to better develop their careers. This is a part-time program, over a 10-week period for each module. According to the PIC, this program "provides a collaborative environment for participants to explore the performance management culture through in-person training, online reading, engagement in community events, one-on-one interviews, shadowing, presentations, and workshops." So far, about 90 people from 25 different agencies have completed the program. The program is comprised of two modules. The first is the Performance Enthusiast Module. The PIC says this "focuses on the fundamentals of performance management - the who, why, and what -- and integrating participants into the performance management community." This module offers a series of more traditional courses, but also involves creating interpersonal networks across agencies. The second is the Ambassador Module, which is action-oriented. In this module, participants shadow more experienced executives, conduct research and make presentations on ways to create a performance culture (not so much the technical skills of measurement or analysis). "Ambassadors" will become advocates for performance management within their agencies and be equipped to deliver knowledge sharing workshops based on their newfound insights and experiences. Potential Next Steps. While the training program is relatively small, the longer-term goal is to develop resource materials that would be helpful to a wider audience across the federal government. To that end, the PIC is creating a learning and resources website for performance improvement that will launch in the near future - the Performance Learning Center. The alumni from the Performance Enthusiast and Ambassador Program will serve as the initial content curators and contributors to the online Center, with information and resources crowdsourced by the broader federal audience. In addition, as the alumni from various cohorts of the Performance Enthusiast and Ambassador Program grow over time, course materials and workshops will be developed to provide more specific help, such as a workshop on how to conduct analytic story-telling. If you are interested in participating in future cohorts of this program, reach out to your agency's chief learning officer or chief performance officer to learn more about how you can apply. In the New Jersey State program, it became a path for identifying future leaders and promotion opportunities. Maybe it may serve that purpose at the federal level as well! Image courtesy of Stuart Miles at FreeDigitalPhotos.net.