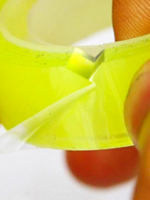 Wednesday, July 18, 2012
John Kamensky
How does a leader change the culture of an organization that is resistant to change? Start by working with the existing culture, says business writers in a recent Harvard Business Review article. In this way, the culture can be an accelerator of change,

Business writers Jon Katzenbach, Ilona Steffen, and Caroline Kronley wrote an insightful article in the July-August issue of Harvard Business Review summing up their observations of how leaders of large companies, such as 150-year-old Aetna Insurance, turned around a failing organization by reshaping the culture.  They say that too often leaders see culture initiatives as icing on the cake.  But it should be seen as “an accelerator and an energizer,” not a distraction.

They observed: “You can’t trade your company’s culture in as if it were a used car.  For all its benefits and blemishes, it’s a legacy that remains uniquely yours. . . But it’s possible to draw on the positive aspects of culture, turning them to your advantage, and offset some of the negative aspects as you go.  This approach makes change far easier to implement.”

They highlighted the experience of Dr. John Rowe, who became the CEO of Aetna in 2000 – the fourth CEO in five years.  Employees were skeptical he could do anything.  But he did not walk in with a new strategy. Instead, the authors note: “. . . he took time to visit the troops, understand their perspective, and involve them in the planning.”

The authors note that this approach worked in other large organizations:  Home Depot, Washington Mutual, Four Seasons, Microsoft, and Southwest Airlines.  They offer five principles for creating a culture that results in “higher performance, better customer focus, and a more coherent and ethical stance.”

Match Strategy and Culture.  You have to clearly connect the desired culture with the organization’s strategy and mission in the eyes of the employees. Otherwise, “Culture trumps strategy every time,” note the authors.

Focus on a Few Critical Shifts in Behavior.  “We don’t alter our behavior even in the face of overwhelming evidence that we should,” the authors observe, citing the fact that only 10 percent of heart bypass patients alter their diets and lifestyles. So they advocate focusing on a small handful of behaviors that are desired (or which existing behaviors that should be gone).  They say that “When a few key behaviors are emphasized heavily, employees will often develop additional ways to reinforce them.”

Honor the Strengths of Your Existing Culture.  The authors say “ . . .any corporate culture is a product of good intentions that evolved in unexpected ways.” For example, a deep commitment to customer service could reflect a reluctance to cut costs. “Most companies, if they look hard enough, will find that they have pockets of activity where people are already exhibiting the new, desired behaviors every day.”  You just need to find and highlight them.  (For those in the federal government in the 1990s, remember the Gore Hammer Awards!)

Integrate Formal and Informal Interventions.  Too often leaders focus on adjusting reporting lines, decision rights, processes, and IT systems.  They tend to overlook informal mechanisms such as networking, communities of interest, ad hoc conversations, and peer interactions.  (Remember, the first line manager is the person everyone turns to for answers!)

After all, the authors conclude, “Most people will shift their thinking only after new behaviors have led to results that matter – and thereby been validated.”