Creating a Cadre of Cross-Agency Executives 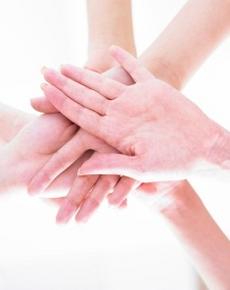 Tuesday, December 23, 2014
John Kamensky
President Obama recently proposed a new White House Leadership Development Program. The goal is to expose rising leaders to the experience of solving challenges across agency boundaries. This could ultimately lead to a new capacity in government – a cadre

Cross –agency collaboration is a critical element to solving many of the hardest challenges that government faces in providing effective services to citizens.  In his report, “The Next Government of the United States,” noted public administration scholar Don Kettl writes that “effective 21st century government requires new mechanisms for coordinating government agencies to ensure they can connect organically as they seek to solve the manifest problems they confront.”

The GPRA Modernization Act of 2010 provides the foundation for doing this by requiring cross-agency goals and the designation of cross-agency goal leaders to be accountable for their implementation.  But there is currently no organized talent pool of leaders with experience and expertise to draw from in staffing these critical executive positions.  To date, these goal leaders have been a mix of political and career executives who have this responsibility, largely as a collateral duty.

There have been some pioneers in cross-agency leadership.  President Obama, in his recent announcement to the career senior executive corps, touted one success story, Dwight Ink, who led cross agency efforts during his 40-year career in the federal government under seven presidents.  More recent cross-agency leaders include John Koskinen’s leadership of the Y2K effort (the program that managed the transition of computer systems to 2000), Ed DeSeve’s leadership of the complex implementation of the Recovery Act, and Coast Guard Admiral Thad Allen’s leadership in the recovery from Katrina, the Gulf Coast BP Oil Spill, and the 2010 Haiti Earthquake.

A New Leadership Development Program.  In his address to senior executives, President Obama proposed a new, White House-level leadership development program for future senior career executives, which would provide a pipeline to develop the skills and capacity for 21st century executives who lead initiatives that span traditional agency boundaries.

In a blog posting, Katherine Archuleta, director of the Office of Personnel Management, and Beth Cobert, deputy director for management at the Office of Management and Budget (OMB) wrote that, under this program: “top civil servants and SES candidates will participate in rotational assignments across agencies to gain valuable experience by working on the federal government’s highest priority, highest impact challenges that require the coordination of multiple federal agencies to succeed.”

President Obama told the gathering of career senior executives: “We want the next generation of leaders to have the experience of solving problems and building relationships across the government.  Because one thing that we have to acknowledge is that our government often statutorily was organized for the needs of the 1930s or ‘40s or ‘60s, and too often, we get stove-piped at a time when we need people with different skillsets and different agencies to be working together.  So this is a terrific opportunity for folks to create networks across government.”

OMB concludes: “these emerging leaders will play a key role in addressing critical management challenges facing the federal government and delivering lasting results. The first cohort will start in 2015.”

A Next Step: A New Cadre of Cross-Agency Leaders.  Recently, the White House created the US Digital Service, which operates out of OMB and is dedicated to finding “solutions to management challenges that can prevent progress in IT delivery.”

A similar approach has been proposed by former federal executive Bruce Barkley, in an IBM Center report last year, on ways to develop senior executive capabilities to address and implement national priorities that reach across agency boundaries.

In that report, Barkley writes about the importance of “enterprisewide” executive development programs and recommends:

Shortly after the President’s announcement of the White House executive development initiative earlier this month, Barkley observed that the President’s initiative is a good first step, and could be expanded as it evolves.  Barkley notes that his own proposal “is not a training program; it is an executive assignment program. .  . . This is not simply a new personnel designation and management hiring process; it is a new way of placing accountable leaders into positions of authority.”  He offers some specific areas for potential cross-agency leadership, drawing from past OMB and GAO reports.  For example: coordination of the 76 federal drug treatment and prevention programs, shared services among agencies, and federal programs to reduce water shortages and costs.

A current coordination initiative underway, the streamlined permitting process for major construction projects, is an example of such an initiative, which is currently being managed by OMB staff.  Such efforts in the future could be a platform for the developmental training programs proposed by the President, and led by a member of the new cross-agency cadre of senior executives.

So what kinds of candidates will the White House and OMB be looking for, for its inaugural cohort of developing leaders?  And, what national priority areas should be selected in the first year of the program?  While criteria have not been officially published,  Barkley’s report has an appendix that outlines some competencies he found in his research to be key attributes of success as a collaborative leader. He also outlines potential criteria and qualifications for the new leadership cadre.  These could potentially help inform how the selection criteria are defined.