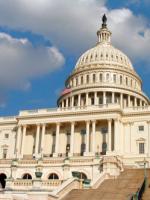 Tuesday, October 5, 2010
The House passed a bill in June to revamp the 1993 Government Performance and Results Act. In late September, the Senate took steps to update it as well. Since these bills support the Administration’s efforts, there is a good likelihood that a GPRA refres

Senator Tom Carper (D-DE) summarized the need for a refresh when he introduced his bill with bipartisan support:  "Producing information does not by itself improve performance and experts from both sides of the aisle agree that the solutions developed in 1993 have not worked.”

The 17-year old landmark Results Act created a foundation for agencies to plan, measure, and annually report their performance and results.  But in the past decade, observers have noted that, while the Results Act has successfully produced a supply of performance information, it has not created the expected demand for its use in budgeting and decision making.  The new legislation attempts to address this.

New Challenges, New Laws Needed.  In addition to the unexpected lack of use of the performance information produced, the drafters of the original Results Act did not anticipate several broader changes in government that have occurred over the past decade.   First, the original Results Act focused on the development of performance information at the program and agency levels in hopes that it would be useful in the budget decision making process.  But it has become more common that, on any major challenge such as climate change or food safety, coordinated action is needed across agency boundaries.

The original Results Act did not address this and, institutionally, the federal government lacks a framework to foster action on cross-agency outcomes.

Second, the original Results Act never designated, besides the agency head, who should lead performance efforts on behalf of an agency.  Over time, the “owner” of agency performance systems varied greatly both within and across agencies.

And third, the evolution of technology and the availability of rapid access to data has made the annual reporting of performance anachronistic.  This is especially true when near real-time performance information is increasingly available via websites such as Data.Gov and Recovery.Gov.

Several of the Senate sponsors of this legislation – Mark Warner (D-VA), George Voinovich (R-OH), and Tom Carper – were all former governors.  As Senator Warner noted on the Senate floor when he helped introduce the bill:  “I believe Washington has much to learn from . . . local and State level examples in setting goals, holding managers accountable, and using performance metrics in a consistent, user-friendly way. State and local decisionmakers do not have to wait to look at the results once a year. They do it constantly. That is what we did in Virginia. That is what we need to do in our Nation's Capital as well.”

So, what are the key elements of the reform legislation?

Focus on priority agency goals.   The bill supports the Obama Administration’s efforts to focus on agency-level high priority goals.  For example, the Office of Management and Budget (OMB) worked with agencies last year to identify 128 agency-level high priority goals.  The Senate bill would embed this priority-setting approach in law. In addition, OMB has begun to hold quarterly meetings with agencies to assess progress toward their goals.  The bill would also make this statutory.  And OMB is creating a one-stop “dashboard” where citizens can see the on-going progress and performance themselves.  Again, the bill would make this required by law.

Focus on cross-agency goals.  The bill also creates the foundation to address cross-agency outcomes.  It requires OMB to set “Federal Government priority goals” that would be long-term in nature and updated every 4 years.  These would be set at the beginning of a presidential term.  In addition, OMB would set “Federal Government performance goals” covering a two-year period and have levels of “performance to be achieved during the year.”  And for each goal, “identify a lead Government official who shall be responsible for coordinating the efforts to achieve the goal.”  For example, if addressing climate change was a long-term priority goal, then a short-term performance goal might be to implement actions to reduce the carbon footprints of federal agencies by a certain percentage.

Create a performance management framework.  In addition to creating a set of cross-agency performance goals, the legislation begins to address the need to change the roles of some of the traditional players.  The Senate bill would create in each agency the position of “chief operating officer,” to be the deputy agency head, who “shall be responsible for improving the management and performance of the agency,” and create the position of “performance improvement officer,” reporting to the chief operating officer, who would help “ensure that the mission and goals of the agency are achieved.”

Both of these positions already exist.  Chief operating officers were first designated during the Clinton Administration and were continued as a successful innovation in subsequent administrations.  Performance improvement officers were first designated during the Bush Administration and likewise have been continued today.  By making these positions statutory, it raises their visibility in the federal bureaucracy.  It also creates a sense of permanency around the whole issue of performance and results – that this is how government does business and it is not merely an initiative of this or that president.  In addition, agency performance officers will serve on a cross-agency council, with staff support from member agencies to address common challenges and identify best practices.