Can We Restore Trust in Government – One Customer at a Time? 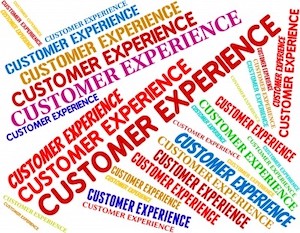 Thursday, June 3, 2021
John Kamensky
Public trust in government – especially the federal government – has plummeted in recent years. This has ominous overtones for democracy, which is founded on trust.

No wonder a recent survey of business CEOs believe restoring public trust needs to be at the top of the national agenda.

This steady loss of trust over the years has led to a flurry of efforts in government and in the nonprofit sector to find ways to reverse it. And in some cases, it has worked. For example, after its confidence-busting veterans hospital wait time scandal in 2014, Department of Veterans Affairs secretary Bob McDonald created a Veterans Experience Office in 2015 to change the department’s culture to deliver integrated services to veterans and to collect and use feedback about veterans’ experiences with the department’s services. It set a goal of 90 percent trust by veterans in the department. While it didn’t meet that stretch goal, it did increase trust between 2016 and 2021 from 55 to 79 percent – a 24 percent increase.

But can VA’s success be replicated in other agencies? New legislation introduced recently is putting its bets on the premise that the answer is “yes.”

A New Legislative Push.  Over the years, a number of bills have been introduced – but not adopted – to improve customer service in the federal government.  These bills would have set customer service standards, increased employee accountability, and would have made it easier to conduct customer surveys.

Newly-introduced legislation reaches beyond these past efforts and is probably the most ambitious and expansive step ever. The bill – entitled the Trust in Public Service Act -- builds on best practices reflected in various administrative initiatives undertaken by federal agencies over the past three decades, such as the efforts undertaken by VA.

The co-sponsors of the legislation are bipartisan and bicameral. They include Senators Chris Murphy (D-CT) and James Lankford (R-OK) in the Senate, and Representatives Jerry Connolly (D-VA) and Barry Loudermilk (R-GA) in the House.

Their goal, according to a press release, is to improve trust via better citizen interactions, through the routine use of citizen and employee feedback, and better communication with citizens. Their bill would do this by:

·      Establishing improved “customer experience” as a governmentwide and federal agency goal, including in federal programs delivered by states and localities.

·      Recognizing exceptional performers among federal employees, and agencies that are early adopters of new innovations that improve customer experience.

·      Integrating customer experience into existing administrative routines, such as agency strategic plans and evidence plans, and by designating it as a permanent cross-agency priority goal.

·      Establishing a Chief Customer Experience Officer for the U.S., who would report to the Director of the Office of Management and Budget.

·      Adding both customer experience and increasing public trust responsibilities to the job responsibilities of other statutory officials such as agency performance improvement officers, chief information officers, and chief data officers.

·      Encourages agency heads to designate “Lead Customer Experience Officers” for components within their agencies that have significant interactions with the public, such as those functions designated as High Impact Service Providers.

In addition, the President’s budget supports an ongoing initiative to improve customer experiences in 26 federal entities or programs designated as “high impact service pro­viders” such as TSA airport security checks and student aid programs. For other federal services, the American Rescue Plan already included $150 million for the Federal Citizen Services Fund in the General Services Administration.

Improving Trust Is More Than Just Customer Experience. Improving customer experience with federal services is foundational to increasing trust.  But it is not enough. In fact, a citizen survey by Deloitte last year found that “respondents’ trust in the federal government as a whole is much less than their trust in 39 surveyed agencies.” It found that “high-touch” agencies, such as the Postal Service or National Park Service, were rated more highly – but still below those in the private sector.

A concerted effort to improve citizens’ trust needs to be multi-faceted and reach beyond just improving customer experience, according to a number of studies. This implies that a range of different strategies will be needed that would go beyond what is in the pending legislation. These include:

·      Investing in civics in order to create a more educated citizenry.

·      Promoting a commitment to national and public service by American youth.

·      Increasing trust and commitment within government, among employees that serve the public.

For several of these strategies, separate legislation pending. The Murphy-Lankford-Connelly-Loudermilk bill does not attempt to tackle these different strategies but it does direct the creation of an advisory committee on improving public engagement and civic culture that could serve as a catalyst for action.

However, the first step will be improving customer experience, one person at a time. Cong. Loudermilk may have said it best in his statement on introducing the bill: “I have worked on legislation to improve the customer experience every year I’ve been in Congress, and why I am leading this effort in the House of Representatives, with Congressman Connolly. The fact that the Trust in Public Service Act is a bipartisan, bicameral bill shows it is a very important issue for many Americans.”