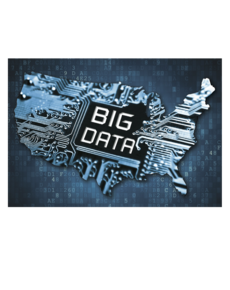 Tuesday, October 4, 2016
John Kamensky
Big Data is increasingly seen as a Big Deal, especially in mid-sized and big cities. But why? What can government leaders vs. data geeks get from it?

Professor Alfred Ho, at the University of Kansas, recently surveyed 65 mid-size and large cities to learn what is going on, on the frontline, with the use of Big Data in making decisions.  He found that Big Data has made it possible to “change the time span of a decision-making cycle by allowing real-time analysis of data to instantly inform decision-making.”  This decision-making occurs in areas as diverse as program management, strategic planning, budgeting, performance reporting, and citizen engagement.

So Just What is Big Data?  According to Ho: “Big Data refers to the use of a massive amount of data to conduct analyses so that the data patterns and relationships can be used for classification, clustering, anomaly detection, prediction and other needs in decision making.”  The sources of Big Data increasingly include mobile devices, digital cameras, RFID tags, and embedded sensors.

Ho says that while the sources are important, the key is how these data are collected, organized, analyzed and used.  He outlines a two-part framework detailing both the data cycle and the decision-making cycle.  He writes: “The framework for Big Data initiatives challenges the departmental silos of data ownership and processing so that a more integrated and holistic perspective is used to gain new insights.”  In addition: “There should be two-way communication between the data cycle and the decision-making cycle.”  This helps ensure that policymakers’ priorities inform the priorities of the data and analytics team.

Cities Are Natural Repositories of Data.  Cities are already repositories of rich amounts of data that can be potentially integrated and analyzed for policy and program management purposes.  These include data from public safety, education, health and social services, environment and energy, culture and recreation, and community and business development.  This includes both structured data (e.g., financial and tax transactions) and unstructured data (e.g., recorded sounds from gun shots, videos of pedestrian movement patterns, and social media data that assess citizen sentiments during an emergency situation). Based on these repositories, Ho notes:  “One of the fundamental building blocks of a Big Data system in local government is the organization’s ability to collect and integrate many forms of data from multiple sources.”

Uses of Big Data in Cities.  Ho says that: “. . . user patterns can provide useful information about what services the public wants most, who wants the services, and where and when those services are used or needed.”  He found in his survey that: “A number of local governments are using website traffic data to identify public priorities and concerns.” Albuquerque, NM, Dallas, TX, and Nashville, TN examine use patterns by citizens of their websites and use the analyses to inform their internal departments about which services are most popular.  Other cities, such as Kansas City, MO, puts these kinds of results on their public website so citizens can also see use patterns.

Cities have an affinity for mobile phone users.  For example, Boston residents use a phone app to measure road quality and can send real-time data to the city about needs for specific street fixes – and to plan longer-term investments.  And New York, Los Angeles, Seattle and other cities have mobile apps that allow users to check the schedules of subway trains and buses.  Detroit has an app that allows users to report maintenance issues for water main breaks, potholes, damaged street signs, etc.

Many Cities Have Active Big Data Initiatives.  Ho writes:  “Among the 65 cities examined in this report, 49 have some form of data analytics initiatives or projects, 30 have established a multi-departmental team structure to do strategic planning for these data initiatives, and 28 have worked with Code for America to launch some pilot analytics programs.”

How Cities Are Using Big Data in Decision-Making.  In the course of his research, Ho identified a series of cases where cities told him they were using Big Data in making operational decisions:

Based on these and other cases, Ho observes: “most cities’ analytics initiatives . . . are organized mostly on a project by project basis.  The use of analytics across all city departments is rarely found. .  . “ But this may actually be an appropriate approach to getting started.  One way that Ho found cities first engaged in the use of analytics was by tapping into their interest in focusing on nuisance issues that affect quality of life in a city – garbage dumping, illegal dumping, abandoned houses, potholes.  The key was that, while these were specific issues, many required multi-departmental collaborations to address them effectively.

Developing a Larger Vision.  Ho concludes that: “Big Data initiatives provide a new platform for policymakers, key stakeholders, and individual citizens to use data to understand these problems more holistically.” He says that these data can lead to dialogs that cut across school district, city, county, business, nonprofit sector boundaries.  But, in the longer term, he sees that: “Cities need to develop a larger vision of Big Data and see data analytics as part of a smart city movement, not just as data management and statistical programming.”  To this end, his report offers ten recommendations to city political and career leaders based on the promising practices that he observed during his survey and interviews.  These recommendations can help those interested in launching Big Data initiatives as well as help those with existing initiatives to create that broader vision that Ho offers.