Applying and Adapting Lessons from the 2009 Stimulus 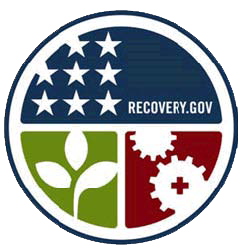 Thursday, March 26, 2020
John Kamensky
As Congress moves ahead with multiple bills to address current economic conditions, putting in place an effective mechanism to implement programs with those dollars will be paramount.

What needs done to effectively implementing programs to address the COVID-19 funding and response efforts about to be enacted into law?  The IBM Center sponsored a number of research reports in the wake of the 2009 Recovery Act.  Following is an overview of these reports, with lessons learned, and a perspective as to what might be a governance framework that builds on lessons from that experience and addresses the current environment for ensuring the dollars and programs make a difference for the American people.

Background. In 2009, there were several pieces of legislation that pumped money into the economy to address the Great Recession. Some legislation dealt with bailouts for banks and businesses – mainly the Troubled Asset Relief Program (TARP) and support for the auto industry.  Other legislation dealt with stimulus – monies for individuals and government programs – which totaled about $787 billion (with more added in subsequent years). Most of these dollars were allocated via the 2009 American Reinvestment and Recovery Act (ARRA). These dollars were in three pots:  Tax refunds: $288 billion; spending via Mandatory programs (mainly Medicaid): $224 billion; spending via Discretionary programs:  $275 billion.

The third category, $308 billion in Discretionary program spending, constituted more than 275 federal programs across more than 25 agencies and included a novel stipulation that these dollars would be closely tracked centrally in order to ensure the funds were not wasted or spent fraudulently.  This system was overseen by the Recovery Act Transparency Board, comprised of agency inspectors general.

The IBM Center followed the evolution of this central tracking system and how these dollars were spent in the subsequent 18 months of the initiative. Following are some highlights from these studies and related resources, with insights for what may evolve in coming weeks and months.

>> DeSeve summarized the work of his office, and lessons learned, in a report for the IBM Center: Managing Recovery: A View from Inside (October 2011).

>> One of his senior aides, Frank DiGiammarino, also shared his insights with the IBM Center: Doing Big Things Well in Government: A Lesson from the Past (June 2018)

The Recovery Act Transparency Board. This oversight Board – comprised of selected agency inspectors general - was charged by statute with tracking all dollars spent under the law and reporting them publicly on a quarterly basis.  This had never been done before, yet the Board was mandated to have a system operational by Fall of 2009.  It rapidly developed data collection standards, unique identifiers for funding, and tracked dollars down to the sub-recipient level. The first quarterly reports were due from about 90,000 recipients.  Ultimately, over 276,000 recipients reported their spending on the Recovery.gov website. States were also mandated to create their own versions of the website, as well. (NOTE: the pending Coronavirus Aid, Relief, and Economic Security Act, with more than $2 Trillion in aid, creates a committee of inspectors general - the Pandemic Response Accountability Committee - to oversee accountability.  Details in a future blog post!)

>> White Paper by the Recovery Act Transparency Board (RATB) on lessons from building the data collection and the data reporting websites. (2010).

>> White Paper by the Government Accountability and Transparency Board – the follow-on to RATB –on lessons learned for future transparency reporting efforts. (2011).

The Experiences of Federal Agencies Implementing Recovery Act Programs. The Recovery Act mandated that at least 70 percent of the monies appropriated had to be spent within 17 months. Agencies had to ramp up 275 programs – existing as well as new -- in this period. They invented new models for program design, innovated new implementation procedures, and developed new ways of engaging stakeholders and funding recipients.

For example, the Department of the Treasury was tasked with implementing two new programs to provide capital for low-income housing and renewable energy generation projects.  Both programs provided cash payments in lieu of pre-existing tax credits. The housing program chose to use existing state agencies to deliver its new program while the energy program turned to a Department of Energy lab to help it deliver its new program. Both programs were operational in weeks instead of the more typical multi-month approach when implementing more traditional programs.

>> Professors Richard F. Callahan, Sandra O. Archibald, Kay A. Sterner, and H. Brinton Milward wrote an IBM Center report based on a series of case studies and interviews with federal program-level executives who were personally engaged with implementing specific programs that describes the challenges they faced and how they overcame them: Key Actions That Contribute to Successful Program Implementation: Lessons from the Recovery Act (June 2012).

The Role of State Governments in Ensuring Accountability.  States faced significant fiscal challenges during the Great Recession and the Recovery Act helped ameliorate some of the effects on state programs. However, the accountability provisions under the Act were entirely new and required new ways of working with both their local governments (who had to report through their states to the federal government) as well as with federal agencies. Some states found the new transparency and information flows helpful; others perceived them as burdensome and shut down these data flows as soon as they could.

>> The IBM Center hosted a blog series by journalists Katherine Barrett and Richard Greene wherein they interview dozens of officials at the federal and state levels on what was going on, how the monies were being used, and what the actual impact was on-the-ground.

>> Dr. Francisca M. Rojas, in a report for the IBM Center, examined the experiences of six states with a range of experiences with the implementation of the Recovery Act’s transparency requirement – Colorado, Maryland, Massachusetts, Mississippi, Texas, and Washington.  Her insights found the transparency requirements tended to be most useful to federal and state agencies, not so much the public: Recovery Act Transparency: Learning from States' Experiences (July 2012).

Lessons Subsequently Incorporated into Government Operations. While the Recovery Act was largely completed nearly eight years ago and the RATB and its Recovery.gov website are long gone, the lessons developed in implementing the Act and creating the transparency and tracking tools have lived on in several ways.  These include:

Using a Whole-of-Government Approach.  The whole-of-government approach used to implement the Recovery Act became a model for other whole-of-government challenges.  For example, one of the keys under the Recovery Act’s implementation success was using administrative processes already in place, with people who already knew each other via existing professional networks. The secret was leveraging the informal relationships, not the formal parts of the bureaucracy. These lessons were employed in the 2014 response to the Ebola Crisis, as well.

>> A forum hosted by the American Society for Public Administration examined these lessons for future use by public administrators.

The Digital Accountability and Transparency (DATA) Act of 2014. This statute was largely inspired by the success of the Recovery Act’s transparency requirements. This law gave agencies three years to implement a set of new reporting requirements to track federal spending. It was quite complex – requiring changes in federal regulations, and in the written terms of every federal grant, contract, and loan agreement of $25,000 or more.  These changes were cascaded to agreements between states and localities with their sub-grantees and sub-contractors, as well.

>> In a forum at the National Academy of Public Administration in 2017, the implementers of the DATA Act summarized what they saw were the 10 success factors they had in implementing this new law on time. The first on the list: the value of a mandate.

What Is Today’s Implementation Gap Facing Government? The approach used to rapidly implement a vast array of federal programs under the Recovery Act a decade ago was appropriate for that era and provides a solid foundation to build upon. The federal government now has additional tools that can be leveraged to build a governance framework that addresses current conditions.

Ten years ago, a major implementation gap was the lack of transparency and lack of timely, granular data for accountability across levels of government. Today, we have performance measurement and financial routines in place; the deputy secretaries work together and provide whole-of-government leadership across the government and within their departments; and there is greater transparency and accounting for dollars.

So where is the gap? Where do we need to focus? A major challenge is greater federal-state partnering, using existing data to create common ground. This points to the need for greater strategic and operational alignment between federal, state, and local governments.  For example, states and localities need to know where the dollars are and what flexibilities they can leverage.

Clearly defined roles and responsibilities need to be established between levels of government, and a cadre of talented people who can work across these boundaries.  At the federal level we need an intergovernmental focal point – possibly like the Recovery Implementation Office described above – that provides more holistic thinking and approaches to solving problems.

Is this overly idealistic?  Look at what the Australian government has just done.

They also have a federal system, but with nine states instead of 50. They’ve used the COVID-19 crisis to develop a new intergovernmental governance model. Not unlike the U.S., there are political and philosophical differences between the federal and state governments. they’ve never worked jointly before.  But today they have chosen to create – for the first time – a National Cabinet comprised of the federal prime minister and the nine state premiers (governors) and territory leaders.

They are using the existing Council of Australian Governments as their support framework and they are coordinating and delivering a consistent response to COVID-19.  This includes information sharing, public health, social, and economic issues.

According to the Australian magazine Financial Review: “In just five days an extraordinary new federal operating model has been created that has defied the many critics who argue our federal structure has become the barrier for the many economic and social reforms that require a pan-Australian approach.”

An approach like that in Australia approach can take the leadership lessons from the Recovery experience and adapt them for effective implementation today – enabling federal and state leaders to come together in addressing this unprecedented national priority.

>> The Agile Government Center. Agile Federalism in a Time of Crisis (March 2020).

>> George Mason University, Centers on the Public Service. The Implementation of the Recovery Act: Networks Under Stress (February 2013).