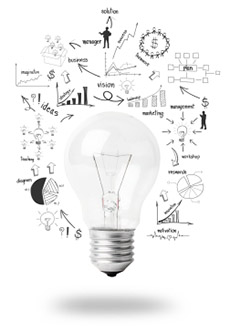 Thursday, November 7, 2019
Dan Chenok
At the National Academy of Public Administration’s November 8th annual meeting, its president, Terry Gerton, announced the formation of the Agile Government Center, in partnership with the IBM Center for the Business of Government

The Problem - The United States has been beset with significant social, cultural, and technological changes for decades. The public sector has been slow to adapt to these changes and is often in a reactive mode. Against this backdrop, trust in the federal government has been declining for decades. Nearly two thirds of those polled by the Gallup organization in September 2019 indicated that they had little or no trust in the federal government’s ability to handle domestic problems. By contrast, the public has more confidence in state and local governments, with Gallup finding that 72 percent of U.S. adults have a "great deal" or a "fair amount" of trust in their local government, and 63 percent believe the same about their state government.

We believe that one of the reasons for the decline is that public agencies are perceived by the public as too slow to deliver results and are insufficiently collaborative. In designing programs and processes, public agencies must put their end users—or customers—at the forefront.

Initially, the center will be led by G. Edward DeSeve, a fellow of the academy and a visiting fellow at the IBM Center for the Business of Government (CBG). The AGC will serve as the hub of a network that will convene governments, non-profits, foundations, academic institutions and private sector partners to assist in developing agile government principles and disseminating them rapidly, and widely using case studies of agile policies and programs. This network will be a source of assistance to those who want to implement the principles.

Success - The AGC’s success will be determined by the number of government programs that have adopted the principles of agile to improve customer involvement, improve performance, and increase satisfaction.

The Role of the National Academy of Public Administration - The most forward-thinking role assigned to the academy in its legislative mandate is to foresee and examine critical emerging issues in governance and to develop practical solutions to management challenges. The academy will work with IBM’s CBG and other stakeholders to pursue agile government as one such practical solution to the challenges of 21st century governance.

Image courtesy of KROMKRATHOG at FreeDigitalPhotos.net