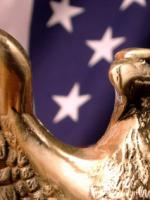 The Executive Order gave agencies until the last week of October to provide their plans to the Office of Management and Budget, and last week the plans were delivered and posted on OMB’s governmentwide performance website.  As originally envisioned, the emphasis would be on the use of technology to improve customer service, and the agencies plans reflect that approach.

The executive order, and the subsequent OMB guidance to agencies, directed agencies to both designate a lead for their agency’s customer service initiatives and to develop an action plan that includes a “signature initiative.”  The agency leads across government formed the Customer Service Task Force, and its members served as peer reviewers of each other’s draft plans.  There’s also a “best practices” website.

Marks also notes that “The White House has launched several initiatives to improve the government's public face, most notably a plan to drastically cut down the federal Web presence, which has grown to more than 15,000 sites. The program is aimed, in part, at transitioning federal websites from an agency-based organizing principle to a user-based model, making it easier for citizens to get information about a government service even if they don't know which agency to turn to.”

If you are new to this topic and interested in some of the background, here are some other relevant links: