Addressing the New Era of Deterrence and Warfare: Visualizing the Information Domain 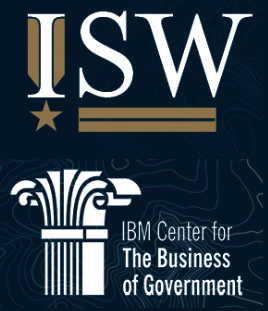 Wednesday, July 20, 2022
Dan Chenok
The Institute for the Study of War and the IBM Center for The Business of Government have launched a three-event series, “Addressing the New Era of Deterrence and Warfare: Visualizing the Information Domain.”

These expert roundtable discussions are convening global leaders from the military, government, academia, and technology sectors to consider conceptually what it means to visualize the information domain.

The overarching objective of the series addresses these core questions:

Key to the discussions on this issue at the first roundtable, held in Washington DC in May, were two definitions proposed in advance:

Second, the information and cyber domains overlap but are not co-extensive.  Discussion on this question centered on the recognition that while most (but not all) information now flows through the cyber domain, operations primarily aimed at affecting computers and networks differ from those oriented on shaping human perceptions.  The group saw the latter as “information operations” warranting further discussions, and distinct from cyber operations per se.

Third, the “information space” could be defined too broadly, to include cyber activities on the one hand, or all activities aimed at shaping the perceptions of a target audience on the other.  The group did not converge on a precise set of boundaries for the definition, but did identify the requirement to do so.

The group generally agreed with these three postulates. The goal is to visualize key information points (the signal(s)) within an environment of massive amounts of less relevant information (the noise). However, policy makers often take a cautious approach, requiring a full political-military analysis before proceeding to act in the information operations space. In contrast, the Russians have demonstrated the capacity to pursue multiple goals simultaneously, even when this might result in information operations confusion. An acceptable outcome for the Russians is a Western public that concludes, “Well, who really knows?” The signal becomes drowned in the noise of a deliberate misinformation campaign.

These framing questions led to a robust dialogue on the challenges of conceptualizing and implementing information operations in the information domain. The group concluded that the U.S. government cannot keep pace with the implications of emerging technologies alone, necessitating an unprecedented public-private partnership.

On the topic of the unit of analysis, borrowing from the experience of other domains is instructive. Most analysis in traditional domains ties to geospatial terrain, but visualizing the information domain requires an overlay of non-geospatial and non-temporal conceptual spaces. This may involve many interlocking visualizations.

The group considered several examples of information visualizations, focusing on the one depicted below -- in which the grey box represents the sociocultural backdrop that could be distorted by the info operations, much like a carnival mirror. Identifying and quantifying measure of influence and effort is the challenge. The x axis shows the progression of supporting and opposing efforts (such as a narrative taking hold in the minds of an adversary’s population) toward the objective. Events endogenously occurring within the space (“gravity” events, such as an event beyond the control of either side to which both sides must respond) shift the lines of effort. Visualizing the flow of efforts and how information operations link to other domains can assist decisionmakers in planning for and executing actions across the information domain. 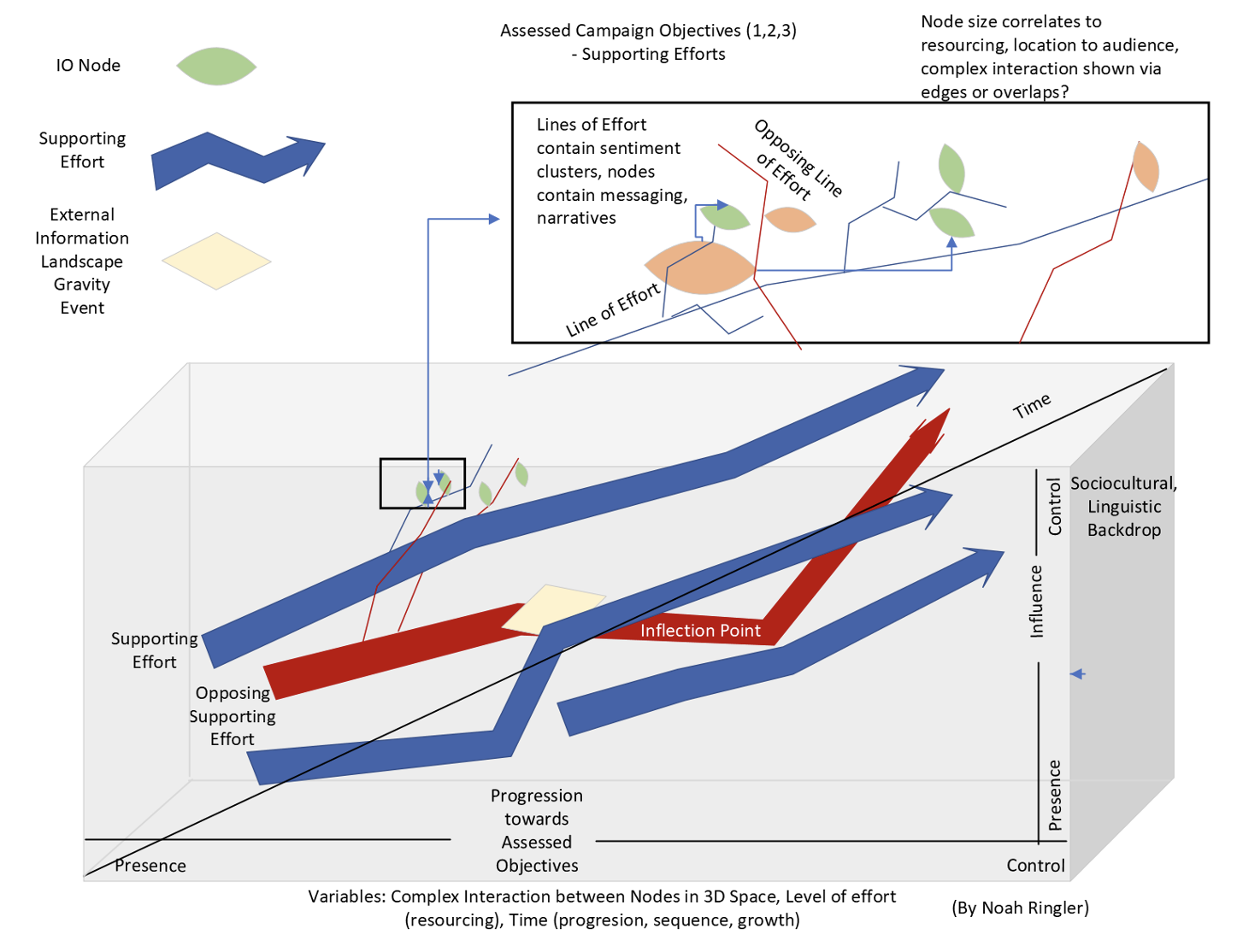 The input from the participants in this first roundtable will feed into the successive events, each of which will also consider Russian, Chinese, and other relevant cases in turn. The ultimate objective is to inform policymakers’ decisionmaking given the context of 21st century technologies through visualizing the information domain.