The “Agile Journey” at the World Bank 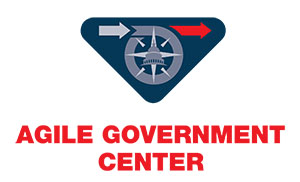 Tuesday, June 30, 2020
G. Edward DeSeve
This is one in a series of real-world case studies in the use of Agile principles, prepared for the NAPA Agile Government Center.

The purpose of these case studies is to provide real life examples of how Agile is used in government programs and to assist other governments in implementing more Agile Government Programs.

The case study was developed with the assistance and major authorship by the Institute for Successful Societies (ISS) of Princeton University.  ISS’ Director Jennifer Widner was instrumental in guiding the development of the case study.  The case study was drafted by Tyler McBrien, also of ISS.  Alyssa Denzer, researcher for the Agile Government Center, assisted with interviews and provided invaluable insight and support.

Summary Insights. The World Bank Journey provides important insights into how agile can be used.  These insights can be summarized as follows:

Case Study: Adopting Agile Principles at the World Bank , 2016-2020. The World Bank’s mission is “Ending Extreme Poverty.” This mission resonates with the staff at the Bank and provides a strong direction for their work.  The Bank is comprised of 189 countries and operates in 130 locations around the world.

In 2015, an engagement survey found that 86 percent of the roughly 17,000 staff were proud to work at the Bank but only 26 percent believed that the Bank made decisions in a timely manner. This concern by staff was reflected in the fact that projects were slow to reach the board from initial conceptualization -  redundant reviews slowed implementation, documents were overly long and complicated,  there was little collaboration,  large ineffective meetings proliferated, and the managerial span of control was too great.

To deal with these concerns, senior management at the Bank instituted the “Agile Bank Program.”  Both the Bank’s clients and its leaders recognized the need for faster responses and quicker execution, more flexibility, and responsiveness.

The model for the Bank’s Agile Journey was the 2001 “Agile Manifesto” developed for software development.  The Manifesto distilled the approach into four values:

The leadership of the Bank was heavily engaged in developing the Agile Bank program.  Chief Operating Officer Kyle Peters and his senior advisor Qahir Dahani worked to develop a version of Agile suited to the Bank’s own operations.  They created a group of “Agile Fellows” to launch three pilots and serve as champions within the Bank. A steering committee of Bank directors and vice-presidents provided top management assistance.

While the Bank’s senior leaders wanted to see some fast, specific wins, they knew that it would take much longer to generate real cultural change and improve delegation and collaboration.  The techniques used to create these wins were:

According to an analysis prepared by Peters and the Boston Consulting Group, early results of the Agile Bank Program were promising.  Positive outcomes included:

Continuing to measure impact remained difficult.  Were positive results from the new ways of working?  The positive changes could have been caused by increased resources, attention to the pilots, or leadership involvement.  The Agile Bank Program was not without its sceptics.  Linking the program to direct results on the ground was difficult and rewards for participants were not always clear.

The internal debate about the Agile Bank Program was seen as a good thing.  Tension meant that the initiative was still alive and positive initial results held promise.