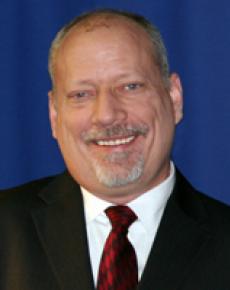 Steven J. Kempf was appointed Commissioner for the U.S. General Services Administration’s Federal Acquisition Service, effective July 10, 2010. In this capacity, he sets strategic direction and oversees the delivery of over $50 billion of best-value products, services and solutions to federal customers, allowing them to effectively and efficiently achieve their missions. He also held this position in an acting capacity from April through June 2010, and was the Deputy Commissioner prior to that.

Kempf has held multiple leadership positions throughout FAS and its predecessor organizations. He served as the Acting FAS Deputy Commissioner from October 2008 through January 2009. In February 2008, he was named Assistant Commissioner for the FAS Office of Acquisition Management where he was responsible for overall acquisition policy planning and coordination. Some of the programs under his leadership included the Multiple Award Schedules Program, environmentally sustainable acquisition practices, the acquisition workforce, and supplier management. He also established the Multiple Award Schedules Program Office and worked to make FAS a leader in government green initiatives.

Previously, Kempf served as Deputy Assistant Commissioner for the Office of Integrated Technology Services where he oversaw FAS’ delivery of IT solutions including Schedule 70, governmentwide acquisition contracts and the Network Services program. He was instrumental in creating the FAS Homeland Security Presidential Directive 12 (HSPD-12) Program Management Office, designed to standardize and enhance the efficiency and effectiveness of the government’s personnel credentialing efforts.

In January 2000, Kempf joined the Federal Systems Integration and Management Center, which provides project, acquisition and financial management services to help federal agencies implement complex and large-scale IT initiatives. He held a variety of positions, eventually serving as Director of Operations where he managed daily operations of the $1 billion organization.

Kempf began his GSA career in 1992 as an intern for the Office of Technology Assistance. In 1996, he moved to GSA’s regional program in California where he was the technical chairperson for ANSWER, GSA’s first governmentwide acquisition contract. He also managed projects for a variety of clients in the Monterey, CA, area.

Kempf is a member of the Senior Executive Service. In recognition for his work on the HSPD-12 Program Office, in 2008 he received Federal Computer Week’s Federal 100 award.

Kempf holds a Bachelor of Arts in History from Marquette University in Milwaukee, WI, and a law degree and Master of Business Administration from the George Washington University in Washington, DC.