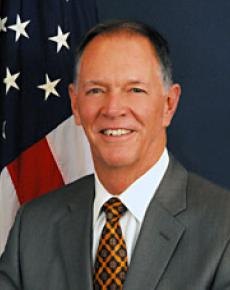 Randy Babbitt was sworn in as the FAA’s sixteenth administrator on June 1, 2009. Babbitt comes to the FAA from Oliver Wyman, an international management consulting firm where he served as partner.

A veteran pilot and internationally recognized expert in aviation and labor relations, Babbitt is no stranger to the FAA. He has been a member of the agency’s Management Advisory Council since 2001. In that capacity, he provided guidance to the FAA Administrator on a variety of topics, ranging from air traffic modernization to regulatory policy. He was chairman of the council from 2004-06.

He also was appointed by DOT Secretary Mary Peters to be a member of a special Internal Review Team to assess safety oversight within the airline industry and the FAA.

Babbitt had been the founding partner of Eclat Consulting, a highly successful aviation firm, in 2001 and was the President and CEO until Eclat was acquired by Oliver Wyman in 2007.

Babbitt began his aviation career as a pilot, flying 25 years for Eastern Airlines. A skilled negotiator, he served as President and CEO for US ALPA, the world’s largest professional organization of airline pilots. While at ALPA, he championed the “One Level of Safety” initiative implemented in 1995 to improve safety standards across the industry. He also promoted the international expansion of ALPA through a merger with the Canadian Air Line Pilots Association in 1997.

He was recognized by Aviation Week & Space Technology magazine with the Laurels Award for outstanding achievement in the Commercial Air Transport.