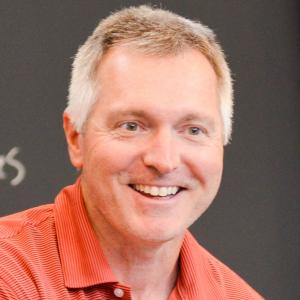 The Kenneth C. Griffin Distinguished Service Professor in Economics and the College
The University of Chicago
United States

List was elected a Member of the American Academy of Arts and Sciences in 2011 and a Fellow of the Econometric Society in 2015. He is currently the Visiting Robert F. Hartsook Chair in Fundraising at the Indiana University Lilly Family School of Philanthropy. He received the Arrow Prize for Senior Economists in 2008, the Kenneth Galbraith Award in 2010, the Yrjo Jahnsson Lecture Prize in 2012, the Klein Lecture Prize in 2016, and the Hartsook Growing Philanthropy Award in 2017. He received an honorary doctorate from Tilburg University in 2014 and from the University of Ottawa in 2017. John was also named a Top 50 Innovator in the Non-Profit Times for 2015 and 2016 for his work on charitable giving. He served in the White House on the Council of Economic Advisers from 2002-2003 and is a Research Associate at the NBER, a Research Fellow at the Institute for the Study of Labor (IZA), a University Fellow at Resources for the Future (RFF), and a University Fellow at Tilburg University in the Netherlands.

His research focuses on questions in microeconomics, with a particular emphasis on using field experiments to address both positive and normative issues. For decades his field experimental research has focused on issues related to the inner-workings of markets, the effects of various incentives schemes on market equilibria and allocations, how behavioral economics can augment the standard economic model, on early childhood education and interventions, and most recently on the gender earnings gap in the gig economy (using evidence from rideshare drivers).

His research includes over 200 peer-reviewed journal articles and several published books, including the 2013 international best-seller, The Why Axis: Hidden Motives and the Undiscovered Economics of Everyday Life (with Uri Gneezy).